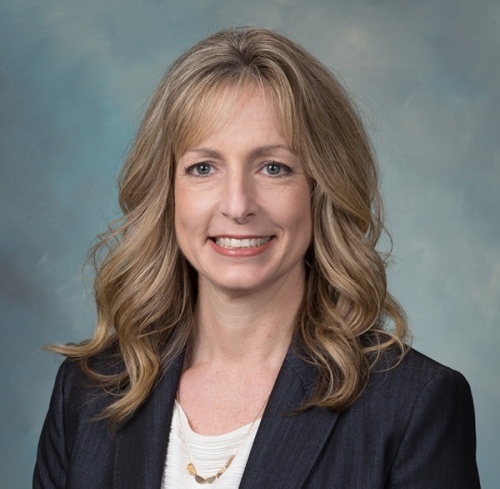 Humble ISD trustee Angela Conrad announced her resignation from the board at the April 14 board of trustees meeting. (Courtesy Humble ISD)

An Humble ISD board of trustee member resigned, and trustees appointed a former board member to fill the seat at the district's videoconferenced school board meeting April 14. The meeting was broadcasted remotely to help curb the spread of the coronavirus and abide by state mandates prohibiting gathering of 10 or more people.

After serving roughly seven years on the board as well as one year as board president, officials announced that Humble ISD trustee Angela Conrad resigned from the school board, effective March 27. According to the agenda item, Conrad stepped down from Position 3 to move to her "dream home."

During the meeting, Conrad thanked the other trustees for letting her be herself and leading the way she wanted to lead.

"We know it's not about statuses or titles; it's about recognizing potential in people and ideas and just having the courage to development that potential," she said. "I would just ask that you chose courage over comfort as you continue to serve the community, and I thank you for allowing me to serve."

After Conrad left the meeting, the board unanimously approved filling the vacant seat by appointment rather than an election, as officials said an election would be too costly. Sitton said holding a special election would cost the district roughly $200,000, so trustees chose to instead appoint former board member Brent Engelage to fill Conrad's position.

"I don't think in the current economic environment [a special election is] in the best interest at this point, so I think this is a wise decision to move forward with another appointment," he said.

Engelage, who was on the board from 2008-17, will serve the remainder of Conrad's term that expires in May 2021, district officials said.


Correction: The article has been updated to state that Brent Engelage was appointed. Conrad's quote has also been edited for clarity.