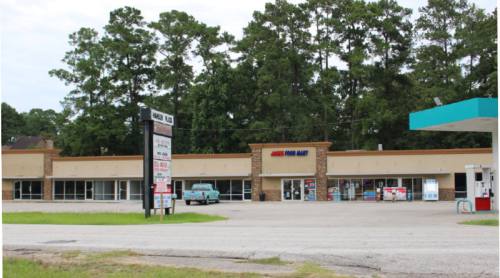 Editor's note: This story is Part 2 of a three-part series looking at how Hurricane Harvey continues to affect the Kingwood area two years after the storm.

Many Kingwood-area retail businesses are finally getting back on their feet nearly two years after taking in floodwaters during Hurricane Harvey.

Some retail centers hit by Harvey include the Kings Harbor development, Hamblen Place and Hamblen Plaza, and retailers at all four intersections of Kingwood Drive and West Lake Houston Parkway. In some of these areas, rental rates are slowly increasing post-Harvey, and the vacancy rates—which rose in the hurricane’s aftermath—are dropping, according to data from CoStar Group.

While some storm-damaged area shops were able to reopen before the end of 2017, others—such as Sharky’s Waterfront Grill in Kings Harbor—are still feeling the sting of Harvey, as they only recently reopened.

Tammy Scott, the store manager of the Hallmark store at the corner of Kingwood Drive and West Lake Houston Parkway, said the gift store received roughly 4 feet of water during Harvey. Although the store reopened 83 days after Harvey, Scott said the clientele has only returned to post-Harvey numbers in the last six months.

“A lot of people weren’t buying home decor and stuff because they lost their homes,” Scott said. “Through the almost two years, as people rebuild and come back and are able to shop, it’s a great feeling.”

Mark Mitchell, the director of the Lake Houston Area Economic Development Partnership, said the recovery times for businesses can differ due to various factors, including landlord investment of properties, business owners’ ability to pay for recovery out of pocket and the strength of the business prior to Harvey.

“If you look at the landscape of who the tenants are, the age of strip malls, who’s backing them—developers or [the owners] themselves—you get a hodgepodge of results and responses,” Mitchell said.
impact on retail centers

The demand for retail space in the Kingwood area post-Harvey is on the rise, according to data from CoStar Group, a commercial real estate research firm. Director of Market Analytics Justin Boyar said via email that asking rents increased after the storm, mostly due to the new supply of businesses coming online.

“Houston’s retail rent growth is still above the U.S. average across the entire metro, even post-Harvey,” Boyar said.

CoStar data shows commercial retail spaces in the 77338, 77339 and 77345 ZIP codes, which encompass the east and west sides of Kingwood and Atascocita, have seen rental rates increase 4% to 16% since Harvey. Meanwhile, rates in the Humble area decreased slightly during the same time.

At the same time, vacancy rates also increased immediately after Harvey in Kingwood and Humble but began to decrease by 2019. The area east of West Lake Houston Parkway in Kingwood saw the largest vacancy increase of 1% between third and fourth quarter 2017, while the Atascocita area saw a decrease in retail vacancy.

However, as of press time, all four ZIP codes are either back near or lower than pre-Harvey level of vacancy, Boyar said.

Despite rental rates and vacancies balancing out across the region, local property managers and landlords said it can still be a challenge to attract businesses to spaces damaged by Harvey.

Adam McAlpine, the owner and broker for McAlpine Interests, which manages commercial real estate properties in Kingwood, said the reminder of Harvey can hinder attracting new tenants to once-damaged properties—especially when flood-prevention projects are ongoing.

“People make decisions on what they want to do in good times and then make decisions in bad times,” he said. “I think it’s the unknown is when you just kind of have this stagnancy—people don’t know which direction to go.”

To incentivize businesses to lease spaces, some property owners have increased their tenant improvement allowance—or the amount a landlord is willing to spend to so a tenant can renovate the space—into Harvey-damaged businesses, McAlpine said. He is the property manager of the Hamblen Place shopping center at the corner of Hamblen Road and Forest Cove Drive, which—although it sits on 18-foot-high beams—flooded during Harvey and currently has several vacancies.

Prior to Harvey, McAlpine said property owners of the development would invest $4,000 to paint and carpet a space. Now, property owners are investing $60,000-$70,000 to rebuild the spaces to pre-Harvey conditions.

“That’s a lot of funds that they would never have to have done previously,” he said. “Some landlords can afford to do that, other ones cannot.”

While the Hamblen Road area continues to be rebuilt, another retail area, Kings Harbor, moves closer to revitalization. McAlpine, who is also the leasing agent for Kings Harbor, said many of the restaurants and businesses have reopened after Harvey.

McAlpine said Kings Harbor is almost completely leased out, with two restaurant spaces and one office space available. Midway Properties, the owner and developer of Kings Harbor, was able to assist business owners who did not have insurance after the flood, McAlpine said.

“Without the landlord’s ability to help the tenants get back up and operational, I feel that Kings Harbor would be a lot less leased than it is today,” he said. “It took time, but a lot of tenants were willing to wait so they could have a landlord that was going to help them get back open and cover some of those costs to rebuild.”

The amount of time and investment that property owners and developers put into damaged shopping centers after Harvey greatly affected the recovery of the tenants in the centers, Mitchell said.

“With very active real estate owners, you saw their strip malls rebound fairly quickly,” Mitchell said. “For owners with relatively fewer resources to pull from, their deployment of resources and the development and/or recovery maybe has taken a lot longer.”

The Kings Crossing shopping center, also referred to as the old H-E-B shopping center, at the northwest corner of Kingwood Drive and West Lake Houston Parkway, has not quite recovered since Harvey, business owners said. While some local businesses that reopened after Harvey have thrived, others said they still feel the strain of the storm on their clientele.

While store owners said the vacancy is in part due to Harvey, it was also affected by the closure of the previously anchored H-E-B, which closed prior to the storm.

Owner Thomas Parison said Harvey wiped out about 70% of the businesses in the H-E-B shopping center. He chose to relocate to the adjacent center to move to a center that had more success post-Harvey.

Eye Trends relocated its optometry business from the same shopping center after it did not receive help from the landlord, Lister Property Co., to repair flood damage, doctor’s assistant Kimberly Camp said. It reopened at the new Northpark Drive location on Dec. 1, 2018, but the business would have stayed at the former location if it could have repaired the damage, she said.

Meanwhile, Pet Ranch owner Kent Stevens said his business—which has been located in the shopping center for 29 years and received roughly 3.5 feet of water during Harvey—has come back stronger than ever in spite of the damage. However, Stevens agreed the property owners offered little help in the aftermath of Harvey.

“After the flood, our business has been even stronger,” he said. “The support from the community has been absolutely outstanding.”

Read other stories from the three-part series: Fighting for funding and Healing from Harvey.