Along came Hurricane Harvey: A look at the recovery of the Lake Houston area 2 years later 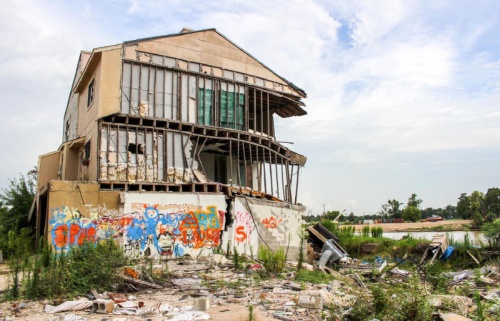 Although almost two years have passed since Hurricane Harvey battered thousands of homes and businesses in the Kingwood area in August 2017, some community members are still in limbo. Many homeowners were just beginning to recover from the May 2016 floods that hit the region when, unexpectedly, along came Harvey.

In a three-part series, Community Impact Newspaper tackles the prevention projects and issues that still affect the community two years later. Read them in our collection below.

Average retail rates decreased and vacancy rates increased in the Kingwood area immediately after Hurricane Harvey, but rates have since stabilized. However, some businesses still feel the sting of Harvey. Nearly 500 businesses in the area applied for loans with the U.S. Small Business Administration after Harvey. Click here for the full story.

Studies show increases in mental health conditions can occur years after a hurricane. The Hurricane Harvey Registry, which was released in February, includes responses from 637 residents in the Lake Houston and Kingwood areas. The report attempts to measure how the storm impacted the population's mental and physical health. Click here for the full story.