contribute today
DeeAnne Lowe has made two major changes in her career path. The first was when she switched from an elementary school teacher to yoga instructor in 2006 after her first child was born. The second was 10 years later, when she opened a Pilates studio on West Lake Houston Parkway in Kingwood.

Both life changes were driven by Lowe’s desire to help people find happiness through their health, she said.

“When I was in my 20s, both of my parents died. I was extraordinarily depressed,” she said. “I kept going to yoga class. One day I was doing yoga, and the depression kind of washed away, and I could see the light at the end of the tunnel. I realized that I’m healthy, I have lots of friends, and I’m going to be OK.”

Lake Houston Pilates opened its doors on June 18, 2016, shortly after a local fitness center—where Lowe had been teaching yoga and Pilates—ended its Pilates program.

“I dropped off my son at music class at Kingwood Music School. In the parking lot, when I looked up I noticed that the space upstairs was open,” she said. “Within 30 minutes I had signed a lease, ordered four Pilates reformers and equipment, and gave notice at the fitness club.”

She said she was fortunate her students joined her at her new studio and have brought friends or referred others to the business.

From the early teens to age 100, Lake Houston area community members of any age can learn Pilates using the pulleys and resistance bands on the Pilates machine called the reformer, Lowe said.

Pilates can also help with sport injuries, she said. People who have had horseback-riding injuries or rehabilitation after surgery have come to take classes.

“From swimmer to golfer to dancer, Pilates can help so much,” she said.

Although Pilates is a physical activity, Lowe said she hopes the studio’s classes help people feel better in other ways as well.

“I want everyone to be happy and get along,” Lowe said. “I want someone who has had a bad day to come into the studio and when they leave say, ‘I feel so much better.’” 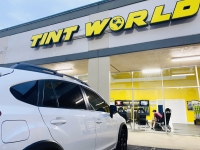