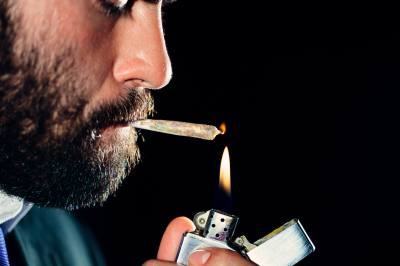 Harris County’s Misdemeanor Marijuana Diversion Program, under which individuals caught with small amounts of marijuana will have an option to take a county educational class instead of serving jail time, went into effect March 1. The program has seen a mixed reaction from local officials, but opposing legislators have yet to act since the program was announced in February.

Under the new program announced Feb. 16 by District Attorney Kim Ogg, there will be no arrest, citation, charge, jail or record for those caught possessing up to 4 ounces of marijuana if they enter a voluntary diversion program.

If less than 4 ounces of cannabis is found on a person, he or she will have to take a four-hour educational class called “Cognitive Decision Making” within 90 days. Once the class is complete, no charge is filed.

Fort Bend County officials said they have no plans to follow suit.

“We are not Harris County,” Fort Bend County Sheriff Troy Nehls said. “I think they did this as a result of dealing with overcrowding issues. It’s logistics and fiscal issues. They’re having to outsource housing of prisoners. They’re spending an enormous amount of money on overtime.”

Nehls said overcrowding has never been an issues at the Fort Bend County Jail.

“We’ve got plenty of room at the inn,” he said.

However, the sheriff said the issue is receiving a lot of attention and cannot be ignored.

“There are more and more states jumping on board with a referendum, letting the voters decide,” he said. “Eventually the issue needs to be addressed in Texas.”

Possession of less than 4 ounces of marijuana—which would almost fill up a sandwich bag—is a Class B misdemeanor in Fort Bend County.

Nehls said he could support a program that minimizes punishment or jail time for a first-time offender but he disagrees with Ogg that third- or fourth-time offenders should have no other consequence than taking a class.

Healey added he has reached out to Houston Police Chief Art Acevedo and Katy Police Chief Bill Hastings to make them aware that no changes are on the horizon in Fort Bend County.

“Although I support prearrest diversion programs for first-time youthful offenders for possession of small amounts of marijuana, this is a dangerous policy that goes too far,” said state Sen. Joan Huffman, R-Houston, whose district includes a portion of Harris County. “It’s bad for the county, bad for our kids and good for the drug dealers.”

However, Huffman and other local legislators have yet to challenge the county program at the legislative level.

As of March 2, no legislation has been filed by local legislators to prevent Ogg’s diversion program since it was announced.

“It’s unclear in which direction conservative lawmakers will go,” said Melissa Hamilton, a visiting criminal law scholar at the University of Houston.

Hamilton said in recent years there has been a growing movement among conservatives to support diversion programs to reduce the jail and prison population in Texas.

“I do think it’s relevant that it’s a misdemeanor and under 4 ounces,” Hamilton said. “Diversion programs for minor amounts of marijuana are common. We have been successful in saving money and peoples’ lives by diverting them from jail and diverting them from having a criminal conviction.”

Hamilton said lawmakers opposed to the program could counter the law by enacting statewide requirements for prosecution in these cases. However, such requirements are uncommon, she said.

“Outside of domestic violence [prosecution], we tend not to see those statewide requirements on prosecution,” Hamilton said.

Harris County Precinct 4 Constable Mark Herman said his department is prepared to work with the new guidelines set by the district attorney’s office.

“We at the Precinct 4 constable’s office will continue to serve and protect our citizens,” Herman said. “I have personally met with [District Attorney] Ogg on her new program, and we will work with her office on the policy she has set.”