Jones finished with 53.7% of the votes, or 3,563 votes, while Keys Bess obtained 3,070 votes, according to unofficial results from Harris County.

With 146 of 260 voting centers reporting in Harris County, Jolanda Jones has maintained her lead over Danielle Keys Bess in the Democratic primary runoff for Texas House District 147 with 54.6% of the vote.

Jones has a total of 2,808 votes, compared to 2,338 votes for Keys Bess. Keys Bess has narrowed the gap slightly between the two candidates since early voting results were reported.

With early voting results tallied, Jolanda Jones leads Danielle Keys Bess in the Democratic primary runoff for Texas House District 147 with 56.8% of the vote, or 2,104 votes.

Keys Bess has 1,599 votes, according to results being reported by Harris County.

The May 24 runoff represents the second time Jones and Keys Bess have squared off this month, and the third time this year.

The two candidates ran against each other in a May 7 special election to see who would finish the unexpired term of former state Rep. Garnet Coleman, who retired in February before his term finished. Jones narrowly won that race by just over 200 votes.

Having won the May 7 special election, Jones—an attorney who has previously served on Houston City Council and the Houston ISD board of trustees—will take over for Coleman as representative through the end of this year. The winner of the May 24 primary runoff will face Republican Rashard Baylor, a hospital engineer, in the November general election to see who will serve the term beginning in January 2023.

District 147 covers parts of Midtown, Downtown Houston and the Montrose area as well as Houston's Third Ward and parts of south and southwest Houston. The district did not change substantially when lines were redrawn during the 2021 redistricting process, but the 77005 and 77098 ZIP codes were removed from the boundaries entirely. 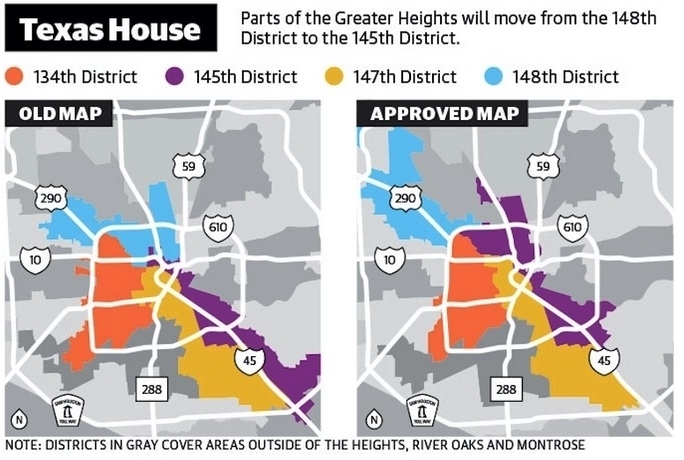 As election day results continue to come in, Harris County officials have warned that results are not likely to be fully tallied until May 25.