The city of Jersey Village could see a shortfall of $700,000 in sales tax revenue, but officials said they are prepared to take the hit. (Staff photo)

Officials with the city of Jersey Village are expecting a budget shortfall this year because of the coronavirus, but City Manager Austin Bleess said April 20 that he is not planning to make any staffing cuts at this point in time.

Bleess said the budget shortfall is tied to an anticipated decrease in sales tax revenue and could be in the ballpark of $700,000.

"We are anticipating, just for planning purposes, a $700,000 shortfall in sales tax, and we’re prepared for that," Bleess said at the April 20 meeting. "I don’t foresee any major needs to cut staff. I don’t believe that’s what we need to do right now."

Sales tax revenue for fiscal year 2019-20 was projected at around $5.7 million when the budget was adopted in September 2019—about 34% of the city's overall general fund revenue.
RELATED STORIES

Bleess said the city has conducted webinars with local business owners to try to get a good idea of how they are doing.

Based on his conversations with business owners, Bleess said restaurants were hit hard in March, but general merchandise stores, such as Sam's Club, may provide an increase in sales tax revenue.

The city has about five months' of reserves, Bleess said.

"I feel like we’re in a better position than a number of places to weather this storm, however long it lasts," Bleess said. "Right now, that is kind of the question nobody has an answer to: 'How long is it going to last?'"

Details on which capital projects will be delayed, if any, are to be determined, Bleess said. Capital projects include the construction of a new City Hall building and the development of a convention center-clubhouse concept at the Jersey Meadow Golf Course.

Bleess said he has also been meeting with department heads over the past three weeks to keep an eye on budgets. City staff will meet next week to have preliminary discussions about the FY 2020-21 budget, and council will have its first budget session in May.

Certain residents with higher-than-average water bills will have their bills automatically adjusted to reflect average use. 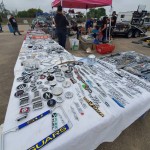 Cy-Fair residents can attend a number of events in March that take place both in-person and virtually.

As a new mass vaccination site has launched and the state opens vaccines start being provided to school and child care workers, experts say education and access have become increasingly important.

Groups that were already considered at risk—including students of color and those from low-income families—continue to lag behind their white and more affluent peers while students navigate new challenges in a pandemic. 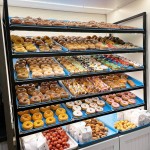 13 food trucks to visit in Cy-Fair this spring

Cy-Fair residents can find tacos, barbecue, desserts and more at local food trucks in the area.