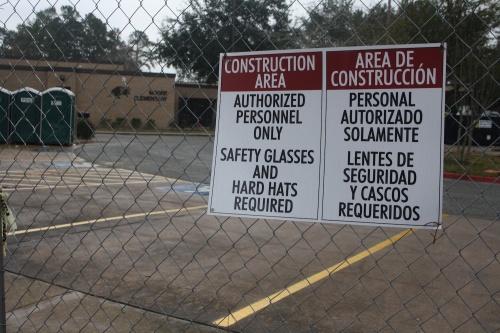 Construction is ongoing at Moore Elementary School in Cy-Fair ISD, which was damaged during Hurricane Harvey.

Texas Commissioner of Education Mike Morath announced in June that school districts directly affected by Hurricane Harvey could be eligible for special evaluation in the state’s accountability system this year.

On Aug. 1, the TEA released a list of 83 school districts that are eligible for the provision based on certain standards:

Accountability ratings in 2018 will be generated using available data. However, if a campus meeting the criteria receives an “Improvement Required” rating, the campus will instead be labeled “Not Rated,” according to the TEA.

Additionally, if a district or open-enrollment charter school meets the criteria and receives a B, C, D or F rating, they will also be labeled “Not Rated.”

Under the Hurricane Harvey Provision, criteria are based on data reported to the state in the 2017-18 school year, such as the number of displaced students and teachers and the effects Harvey had on instructional time and school facilities.

The Hurricane Harvey Provision applies to campuses meeting at least one of the following criteria:


If all campuses within a district are labeled “Not Rated” under the Hurricane Harvey Provision, the district will receive the same rating.

Accountability ratings are given to districts and individual campuses every year across the Texas public education system. Ratings for the 2017-18 school year are set to be released later in August.

The A-F grading system will be used to rate districts for the first time this year after undergoing changes during the 2017 Legislative Session. Districts are rated based on student achievement, school progress and closing performance gaps. State of Texas Assessments of Academic Readiness scores—or STAAR scores—are to account for less than 50 percent of accountability metrics at the high school level, according to system guidelines.

Individual campuses will be rated based on the existing "Met Standard" system for the 2017-18 school year and will move on to the A-F system in the 2018-19 school year.