A newly released report from the Montgomery County Sheriff’s Office concludes the office does not currently experience a problem regarding racial profiling practices. Racial profiling is action taken by law enforcement based on an individual’s race, ethnicity or national origin rather than behavior. 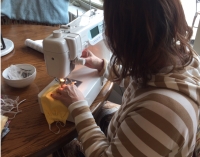 According to the sheriff’s office, the report is in compliance with Senate Bill 1849, known as the Sandra Bland Act, which was signed into law in 2017 and made changes to the original racial profiling legislation that went into effect in 2001.

“We don’t want to be racially profiling,” County Judge Mark Keough said in a follow-up interview. “You want to be fair.”

In 2019, the sheriff’s office made 55,155 traffic-related stops. Here is a breakdown of the demographics:

The SJRA and Conroe will have to head back to a trial court in Montgomery County on the rate issue.