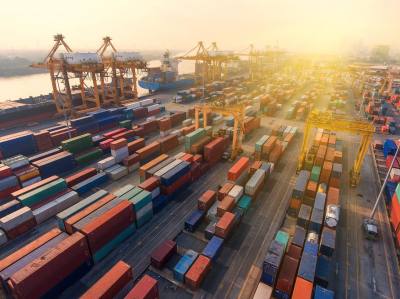 The Brazoria-Fort Bend Rail District line could bring in significantly more goods to the Gulf Coast and Central Texas.

The Brazoria-Fort Bend Rail District project consists of a proposed 65-mile stretch of rail line from the Port of Freeport to a proposed logistics facility in Rosenberg. If constructed the rail line could bring millions of dollars in economic activity, thousands of new high paying jobs and other opportunities to the Gulf Coast and Fort Bend county areas, according to local county officials.

Andy Meyers, Fort Bend County Precinct 3 Commissioner, has been involved with the project from early on. Meyers is a member of the Brazoria-Fort Bend Rail District, a group comprised of officials from Brazoria and Fort Bend counties, and has advocated for the rail line as a county commissioner by testifying to the Texas Transportation Commission for funding requests.

Meyers testified at the Texas Department of Transportation Jan. 24 hearing in Austin before an additional $600,000 in funding was approved Jan. 25. The funding will be used to conduct an economic planning study on the district to prove its feasibility for a longer, more expensive engineering study, according to Meyers.

"We already spent $650,000 on studies so this is another $600,000 and that gets us to the next level, which begins to identify the environmental issues you are going to face," Meyers said.

Meyers predicted the $600,000 grant would be approved by early this year. The study would identify alternative routes for the rail line, potential environmental issues and opportunities, economic implications and other preliminary costs.

A tremendous economic boom
After the rail district was formed in 2015, a feasibility study found that waterborne freight entering the Port of Freeport would increase from 1.1 million containers in 2014 to 3.2 million in 2035, according to the minutes report. The feasibility study also highlighted a need for improved highway infrastructure and road transportation.

Two major factors contribute to the likeliness of the rail line coming to fruition according to Meyers; TxDOT's continued widening project of Hwy. 36 and the Port of Freeport's expansion to a deep-water port. The expansion of Hwy. 36 is critical to accommodate current traffic congestion in the area that will likely increase if more jobs and goods are brought in with the rail line, according to Meyers.

If Congress matches the funds to deepen the port, construction on a rail line could start as early as 2020.

"We believe that the only deep-water port on the entire Gulf Coast of Mexico at Freeport will be a tremendous economic boom for our region [and] our area," Meyers said. "What you will be doing is shipping a lot of the international Asian trade from the west coast to the Gulf Coast and with that comes some really opportunities, higher paying jobs, a lot more businesses, a lot more economic activity-and we don't want to clog up our roads with a bunch of trucks so we need a rail line."

The rail line would connect to a proposed logistics facility in Rosenberg that would be home to an intermodal system, or a specialized transportation facility that would help coordinate shipments between the participating railroads, according to Meyers.

The next step for the project is a $5 million in depth engineering study, Meyers said.

"That one is $5 million bucks, so I don't have $5 million, no one else does either at the moment," Meyers said. "So, this [the economic study] is the next step to basically show that the project is viable and that we need to spend the next $5 million bucks. "

Are you ready for the start of the 2021-22 school year? With just a couple weeks remaining before school starts, Fort Bend ISD students and families are counting down the final days of summer.

At just under $300 million in total, the proposed budget will be discussed through the next couple of months and will be up for approval by Sept. 21.

Vibrant Church in The Woodlands doubling facility space in expansion

The church is expanding to accommodate a larger amount of people.

The store is located on level two near Dillards.

Interested in joining the Fort Bend Boys Choir of Texas? The nonprofit organization is holding auditions for boys ages 6-14 as it aims to rebuild membership following the COVID-19 pandemic.