contribute today
After a lengthy discussion Jan. 14, the League City City Council approved a variance for a gas well that has been the subject of controversy and debate for years.

The Tidwell well is a gas well directly south of the Magnolia Creek subdivision that has been operating since March. In October, the well’s operator, Lynn Watkins, requested a variance to a city ordinance that requires the gas lines be odorized.

Odorizing a gas line is the process by which odors are added to gas so leaks can be detected by smell, making any leaks easier for neighbors to detect and report. Instead of odorizing the gas, Watkins’ proposal was to set up a system with several safeguards in place that automatically and instantly cut off valves and stop the flow of gas should a leak or other problem ever occur. 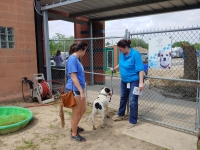 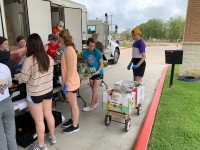 “I definitely feel much safer knowing the system will be shut down immediately,” Gripon said.

Not all were convinced, however; Council Member Todd Kinsey was the sole member to vote against the variance, saying he has been against the well every year he has been on council. If the well operator truly cared about the safety of neighbors, the company would put in every safety measure possible, including both the shutoff system and the odorization, Kinsey said.

“It just baffles me that [the well operator] is trying to get a variance to almost everything that our ordinance spells out,” Kinsey said.
Tags: League City , League City City Council
SHARE THIS STORY 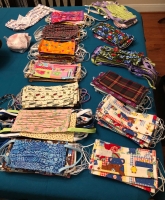