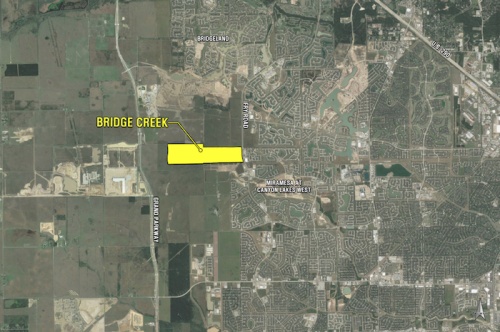 The project, which will be called Bridge Creek, will be located west of Fry Road across from the Miramesa master-planned community and will feature 758 homesites upon completion, according to a press release. William Lyon acquired the land from Connor Investment Real Estate on Feb. 28 for an undisclosed amount.

“This is a first step for us as we expand our footprint into the Houston market,” she said.

The 212 acres were part of a 320-acre plot that had previously been owned by Land Tejas, which bought it with plans to expand the Miramesa community. Land Tejas has agreed to develop Bridge Creek for William Lyon, a spokesperson said.

In addition to projects in California and Nevada, William Lyon also builds in 25 communities across San Antonio and Austin, according to the release.

Pricing for the community has not yet been determined.
SHARE THIS STORY