Plano submits sites in hunt for Amazon's $5B second headquarters 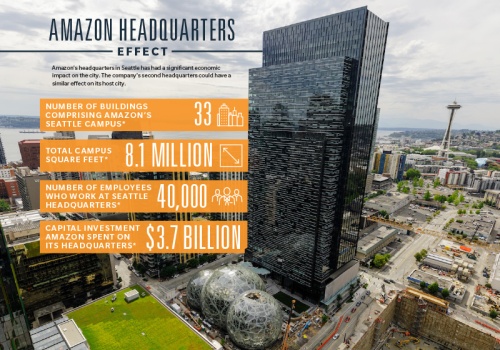 Plano has thrown its hat in the ring as North Texas tries to attract Amazon’s second headquarters, a $5 billion project that would dwarf even Legacy West in terms of new jobs and economic output.

Plano Mayor Harry LaRosiliere confirmed four sites—two undeveloped properties and two redevelopment targets—that the city submitted to the Dallas Regional Chamber, which compiled a long list of sites from area cities and submitted them in mid-October to the world’s largest online retailer.

In a series of guidelines for interested cities, Amazon said it is searching for a greenfield site of approximately 100 acres.

“I don’t know that any city is prepared immediately to say, ‘We’re built to take this on,’” LaRosiliere said. “But if there’s any city that can handle it, it’s Plano.”

LaRosiliere said even if Amazon does not select a Plano site for its second headquarters, the city would benefit from any North Texas location.

“The most important thing right now is to get them to want to come to D-FW,” LaRosiliere said. “They’ll have to draw from the workforce, not only in Plano but everywhere else.”

Amazon plans to announce its chosen destination in 2018.
SHARE THIS STORY