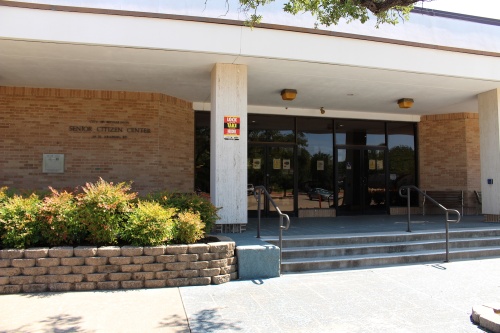 The Richardson Senior Center will undergo a $5 million renovation next year.

Plans for an overhaul of Richardson's Senior Center are in the works, according to the city's Parks and Recreation Department.

"The functionality of [the building] is not that great, and it is definitely starting to show its age and some wear and tear," Falgout said.

Built in 1963 and last updated in 1999, the facility, located at 820 W. Arapaho Road, Ste. 100, Richardson, sees an average of 250 users per day, Falgout said. And while the center is open to Richardson residents age 55 and older, Falgout said the average age of its seniors is 75. By updating the facility the city hopes to attract a younger generation of seniors—a group which currently comprises 15-20 percent of the facility's user population.

"We are hoping to draw in a younger group of seniors—who maybe go to our rec centers or don’t use our facilities at all—who may see a benefit of coming [to the Senior Center] for fitness, the exercise room or social activities," she said.

Encouraging seniors 55-65 years old to utilize the center will also serve to ensure certain traditions—such as crocheting blankets for veterans and infants in nearby neonatal intensive care units—are carried on for years to come, Falgout said.

"We want to make sure those things get passed on to the next group coming through," she said.

Architectural bids have been received by the city, and Falgout said the department plans to select a firm in September. Once an architect is chosen the department is responsible for presenting a cost estimate to City Council. From there council will begin the process of meeting with staff and soliciting public input.

Construction funds will not be available until fall 2019, so until then Falgout said the city will work to update design plans that were developed prior to the 2015 bond.

"The plans that have been drawn need to be revisited to see what the needs are now," she said. "We want to make sure we are getting the best that we can because we aren’t going to be able to do this again for some time."

Falgout said the department will request input from the facility's current users, among other stakeholders, to refine the outdated plans.

“We want our seniors to be involved because if they are not involved they won’t be happy with what comes out of the project," she said.
SHARE THIS STORY