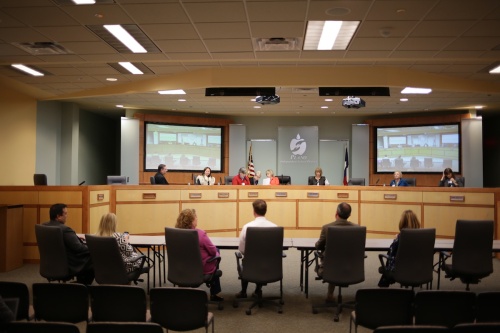 The 2019 election cycle will result in a change in Plano ISD's elected leadership, and at least two positions appear set to be filled by newcomers.

A total of four seats on the PISD board of trustees will be up for election on May 4.

Plano ISD board President Missy Bender announced Jan. 16 she would not be seeking re-election for her position on Place 7.

Trustee Yoram Solomon will also not be seeking re-election for his position on Place 4.

Chambers will face a challenge from Greyson Dunn. Chambers was appointed to her position in January 2018 after the unexpected resignation of former trustee Greg Myer.

Stolle will run a contested race for his Place 5 position against Semida Voicu, according to the district’s filing records.

Early voting begins April 22 and ends April 30, with election day falling on May 4, according to the Collin County elections administration.

For a listing of Plano City Council candidates, click here. Otherwise, see the full list of PISD trustee candidates below: