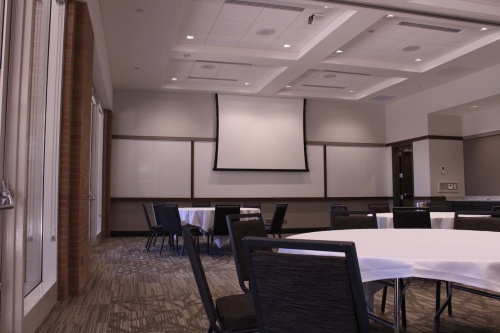 The Plano Event Center underwent a $2.5 million renovation project that ended in 2017.

For more than two decades, the city of Plano has tried to attract a hotel to a city-owned property near the Plano Event Center. The facility, equipped to hold events and conferences, has operated for years without a place nearby for guests to spend the night.

That could soon change.

The Plano City Council on Monday authorized a long-term lease with Tirgo LLC to build a four-star Radisson hotel on a piece of land adjacent to the Plano Event Center. The hotel would operate on the land rent-free for the term of the lease, according to city documents. The city staff has no other plans for the use of the property.

"Competition for tourist dollars is increasing," wrote Robin Reeves, the city's parks and recreation director, in a letter presented Monday to council members, who approved the item unanimously. "A hotel will allow Plano Event Center to continue to compete favorably with new and existing event centers in the Dallas-Fort Worth Area."

The city was able to draw the developer without the use of tax incentives, according to a city news release. The construction and operation of the hotel will be privately funded. The hotel would coordinate bookings and facility usage with the Plano Event Center, according to the city.

Plans for the hotel itself would still require approval by the Plano Planning and Zoning Commission.