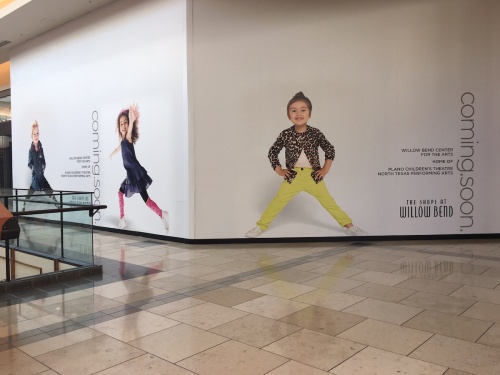 The North Texas Performing Arts' new space is expected to open in June at the Shops at Willow Bend.

Renovations to the 22,000-square-foot space were scheduled to begin today, but due to delays work will officially begin in two to three weeks, said Darrell Rodenbaugh, president of governing board of directors for NTPA. The North Texas Performing Arts' new space is expected to open in June.[/caption]

The theater group announced in October plans to relocate its headquarters from 1301 Custer Road to The Shops at Willow Bend, located at 6121 W. Park Blvd. The theater will be located on the upper level of the mall near Dillard’s.

The new space, which is expected to open in June, will have five rehearsal studios, a dance studio, two main stage theaters, two black box theaters, NTPA offices and a set-build space and costume shop. “With the additional space, NTPA will be able to offer a variety of programs here that are currently not possible because of the lack of space,” Executive Director and Founder Sara Akers said in a statement.

Once open, the theater will offer a full program of art, drama, dance, vocal classes and performances for children ages three to 18. In addition, NTPA will also offer advanced training for career-bound students, therapeutic dance and a season of Repertory Theatre Company productions.

This move is part of the mall’s $100 million redevelopment and expansion plan, which includes a new entry point and a collection of up to eight new restaurants.

The Plano Children’s Theatre was founded in 1991 and celebrates its 25th anniversary this year.
SHARE THIS STORY