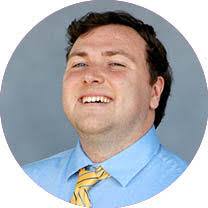 The view of Plano from the Dallas North Tollway is about to get even busier.

With office buildings, retail and residential neighborhoods visible in all directions, the planned site for the Haggard Farms project sticks out as a massive field of green in an area of the city that has grown up around it.

The 142-acre field at the corner of Parkwood Boulevard and Spring Creek Parkway is one of the largest undeveloped tracts of land left in Plano. And as the mixed-use development begins to take shape this year, that open field will soon be replaced by restaurants, offices, housing, parks and more. Plans for the Haggard Farms project were approved in December 2021, and work to install the needed utilities in the area is nearing completion.

Plano Director of Special Projects Peter Braster said development company Stillwater Capital hopes to start the project’s first phase in May. He added that the first building will be an office building.

“Right now they have that first phase, which includes a multifamily [residential] building, two office buildings, retail buildings and a hotel,” he said. “That first office building is a critical path item, and they want to start going vertical in May.”

The first phase of building will center around a rustic, farm-themed restaurant and event center called The Almanac, which will serve as the project’s anchor, according to a presentation from Stillwater Capital. The Almanac will serve locally sourced food, and plans to include a hotel, a pond, a greenhouse and several other features.

As the development inches closer to breaking ground, Plano Mayor John Muns said Haggard Farms is “going to be a real opportunity” for the city and its residents.

“It’s going to be exciting to see it go from paper to actual development,” Muns said.

The project’s next steps

One of the first major steps toward seeing buildings at Haggard Farms was establishing a public improvement district, or PID, which Plano City Council officially did during its Jan. 9 meeting.

The PID will help with paying for the project’s infrastructure by levying a tax on private property owners, with Braster calling it a “funding deal with no city money in it.”

Muns said the PID is a key component to keep construction moving forward.

“It puts the cost burden on the developers,” he said. “This also gives them the ability to move some of the infrastructure along and move it forward.”

Muns also added that planning for the Haggard land has been easier, because it is a blank slate with no previous development.

“With redevelopment, it can take longer, because you don’t know if the buildings or utilities are sustainable,” Muns said. “When you start from scratch, you’re at a real advantage.”

Once utilities are all in place, Braster said the only obstacle to starting development is the design process.

“They have an approved site plan, so now it’s about where the roads will go rather than what it will look like,” Braster said. “They have to finish the design and get approval for the design and layout, and all of that should be happening in the next couple of months. Then they should be able to start on the actual building itself. At that point it’s just about whether engineers can get their work done in time, but that’s typical for any development.”

The history of Haggard Farms

The Haggard Farms project will bring massive development to a part of the city that has grown exponentially in recent years. According to Cheryl Smith, senior public services librarian at Haggard Library, the northwest part of Plano was largely open fields for most of the city’s history.

The land that will soon feature the large mixed-use development was not part of Plano until the early 1980s, and many of the major roads were not built in the area until much later, according to historical maps of the city. The Dallas North Tollway made its way up through the area in 1993; Spring Creek Parkway did not extend into the area until 1996; and Parkwood Boulevard was completed in 2016.

The future Haggard Farms site has been just a fraction of Collin County land owned by the Haggard family since the 1800s.

The family’s presence is felt all over the city, including the land around the Haggard Farms development. McKamy Trail, a small road just south of Haggard Farms, was named Haggard Road until 1996. According to city documents, the Haggard Farms site is the last large piece of unused land owned by the Haggard family.

“This land was settled by my great-great-grandfather in 1856,” Haggard Enterprises owner Rutledge Haggard said during a Nov. 15, 2021, Plano Planning and Zoning Commission meeting, where the development was initially recommended for approval. “We have waited a long, long time to put a development there that the city of Plano would be happy with and the residents would be happy with.”

Muns said the Haggard family’s involvement in the process has been crucial.

“The Haggard family has done so much for the city, so it’s even more rewarding that they’re involved and have given their blessing to the project,” Muns said. “They’ve been involved from beginning to end, and I can’t think of a better way to honor them than to make sure it lines up with their priorities.”

What the development means

Muns called the Haggard Farms project a “major opportunity,” not just for northwest Plano, but for the whole city, thanks to Haggard Farms’ unique plan.

“It’s creating amenities that we’ve never had throughout all of Plano and especially in that specific area,” Muns said. “It’s just going to create more opportunities for our city that aren’t typical.”

Due to the COVID-19 pandemic, Thomas said 2020 was “completely stagnant.” But the market didn’t stay that way for long.“There was no demand,” Thomas said. “And then 2021 was unprecedented. ... We’re still seeing unbelievable demand in terms of office and flex space.”

While Haggard Farms will help fill some of that demand, it does not include any large towers that can be found in other developments throughout the city. Thomas said the more “understated” approach was a better approach for this specific plot of land.

“It’s pretty fascinating how large these new office towers are coming in at, and we actually represented the anchor tenant to Granite Park Six, so I’m very familiar with the very robust, large office developments that could have been slated for this tract,” Thomas said of the 19-story office building being built on SH 121 in Plano. “Instead, Haggard Farms has taken the approach of under-building the site to incorporate a lot of trails and parks. ... These office buildings that we’re talking about are three- or four-story office buildings. Those will serve the community much more than a large campus.”

Muns added that city officials are staying “mindful” about what is put into the northwest area of Plano as it continues to develop, citing a focus on senior living options as one example.

Haggard Farms going vertical this year will take a major chunk of Plano’s remaining undeveloped land off the table, and Thomas believes the project is taking the right approach.

“They’re focused on working with the community to build very thoughtful and understated, but high-end development that isn’t going to dwarf these neighborhoods next door,” Thomas said. “I think [the project] is going to benefit a lot of people, and the downside is pretty limited.”