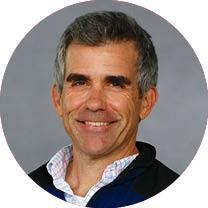 After serving the residents of Westlake for more than 20 years, Jarrod Greenwood is retiring from his role as town manager. During his tenure with Westlake, Greenwood also served as director of public works, assistant town manager and deputy town manager.

“Jarrod wore many hats with the town, including heading up the organization of the Westlake Classic Car Show for the last several years,” Mayor Sean Kilbride said in a press release Nov. 30. “If you’ve ever attended that event, you know how much work went into it. We wish Jarrod and his family the very best in his future endeavors, he’ll certainly be missed.”

Kilbride will step in as the interim town manager until a replacement can be found. The mayor will not be compensated for being the interim city manager, according to town officials. Westlake is a general law city that does not have a charter, which allows Kilbride to serve in that role.

“We’ve already received dozens of qualified applicants and are in the process of finding the best possible fit for our town and its staff,” Kilbride said.

As a resident of Westlake for 10 years and as mayor for six months, Kilbride knows the community of just over 1,600 residents.

“I’ve been very hands on; the entire Town Council has,” Kilbride said. “From providing governance to setting up the football fields at the school, we are very involved in the community.”

The role of town manager had been linked together with the role of superintendent for Westlake Academy for many years. In July, the position was split in two, which Kilbride said he saw as a smart move.

“They are two different skill sets,” he said. “As superintendent, you are working with kids and are able to make a big impact in their lives. That’s a completely different mentality than one needed to deal with city issues.”

Westlake Academy is owned and operated by the town of Westlake. It is the only municipally owned and -operated open-enrollment charter school in Texas, according to the school's website.

As both mayor and interim town manager, Kilbride will be tasked with helping keep council’s to-do list moving forward in 2023, including ensuring the Entrada development, a mixed-use community nestled on 85 acres adjacent to Hwy. 114, stays on track.

“We anticipate that 60% to 70% of Entrada will be completed within the next 24 months,” Kilbride said.