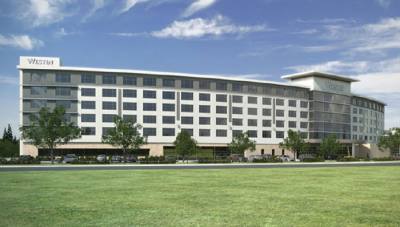 Southlake’s Offices at Kimball Park, located at the northwest corner of SH 114 and Kimball Avenue, received its first tenants in August of 2017. In the same year, Southlake City Council members also approved a revised site plan for the Westin Hotel. A Hotel Indigo and Delta Marriott hotel were also planned for future development.

In August 2017, the Westin was approved for construction work to begin on utilities and roadways. In October, the Offices at Kimball Park opened with 57 percent occupancy. In April 2017, Hotel Indigo withdrew its site plan application from Council consideration. The Delta Marriott Hotel was approved by Council in January 2017, but at this point the city has received no construction plans for the project.

Southlake officials said Wilks Developments is looking to develop a hotel and up to three restaurants on 6 acres at the corner of SH 114 and Kirkwood Boulevard. No application for this project has been submitted for City Council consideration; however, the development team has indicated that it intends to do so sometime in the next year.

Art in the Square returns to Southlake this weekend, Sept. 24-26

The annual festival and community fundraiser highlights work from more than 150 artists and raises money for programs serving women, children and families in Northeast Tarrant County.

R&J's Bar and Grill in Grapevine offers a variety of menu items, such as burgers, tenders and seafood entrees, alongside a full bar.

The indoor/outdoor entertainment complex offering a restaurant, sports bar and pickleball courts is coming to the Delaney Vineyards property next year.