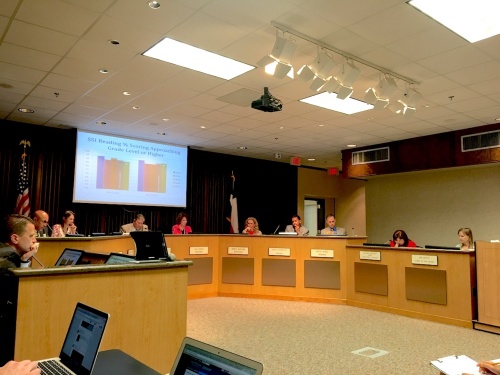 The Grapevine-Colleyville ISD board of trustees approved an order to prepay $10.5 million in outstanding debt during Monday’s meeting.

By paying $10.5 million ahead of its debt payment schedule, GCISD will be able to save over $5.2 million in interest costs while increasing the district’s capacity to issue bonds with little to no effect on its interest and sinking tax rate, according to meeting documents.

The school district has effectively managed its debt portfolio by taking an active approach, such as paying debt ahead of schedule when it has the capacity and refinancing bonds at lower interest rates, said Joshua McLaughlin, GCISD’s hired financial advisor of BOK Financial Securities.

“Since 2005, by using these debt management techniques, the district has saved taxpayers $85.3 million in interest costs,” McLaughlin said.

“We have an opportunity to be good stewards of this money and pay off debt without having to raise our tax rate just by supply and demand—demand of people who want to be in this district,” Sullins said.

The tax rate will generate $9.9 million in additional maintenance and operations revenue for 2018-19; however, the district only retains $500,000 of that amount as the remaining $9.4 million is recaptured by the state under the Robin Hood initiative, said DaiAnn Mooney, chief financial officer for GCISD.