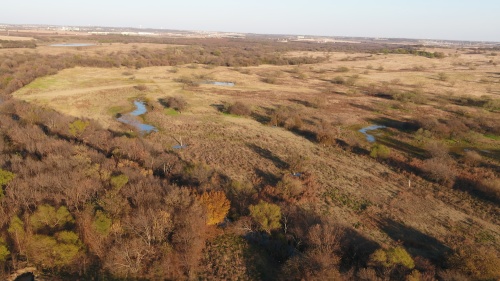 PGA of America will relocate to the Fields property in Frisco.

The first championship tournaments at the Professional Golfers' Association of America's headquarters in Frisco will take place in 2023.

The KitchenAid Senior PGA Chamionship is taking place in Rochester, New York this year, and the Greater Rochester Enterprise projects the tournament will have a $44.5 million economic impact on the region, according to a news release.

Other championship tournaments, including the PGA Championship, were announced through 2034, PGA executives said during an April 22 event.

PGA executives and architects on the project discussed more details of the 600-acre development in northwest Frisco during the event.

The PGA of America's development, which was announced in December, is expected to begin construction later this year, said Gil Hanse, Hanse Golf Course Design founder and one of the architects on the PGA project.

Besides the headquarters, the project also includes a 500-room Omni resort hotel and conference center, three golf courses, a clubhouse and retail space.

The development was coined as the "Silicon Valley of Golf" at the April 22 event.

"This is so much bigger than our headquarters, so much bigger than a couple of golf courses ...," PGA of America CEO Seth Waugh said. "It's really trying to create a community of golfers. I refer to it as a laboratory, a university, a destination not only to play but to learn everything associated with the game."

Construction is expected to be complete by 2022. A new site plan shows the planned layout of the Professional Golfers' Association of America's development in Frisco.[/caption]