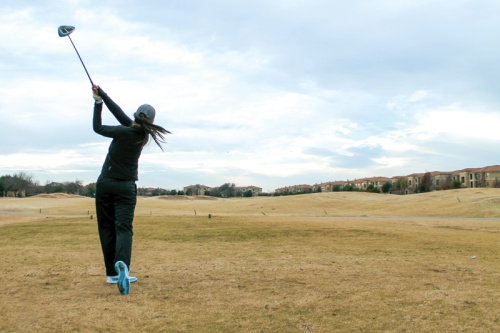 It was the announcement residents had waited months for the city to confirm—the Professional Golfers’ Association of America will move its headquarters to Frisco.

The city is no stranger to attracting sports through public-private partnerships, but this deal is different.

For one, the deal looped in multiple private partners to secure land for a 600-acre development and commit to a 500-room Omni resort hotel and conference center to attract visitors. The deal also resulted in the public partners combined paying less than other previous major sports deals.

The city of Frisco, Frisco Economic Development Corp., Frisco Community Development Corp. and Frisco ISD are contributing no more than $35 million combined toward the initial $520 million investment. The project will include PGA’s headquarters, golf courses, clubhouse and other facilities to anchor a mixed-use development.

Major PGA tournaments, including the PGA Championship and the Ryder Cup, will be hosted in Frisco with the move. The headquarters, which has been located in Florida for more than 60 years, will eventually house up to 250 employees.

“It’s a big move for the sport of golf,” Frisco Mayor Jeff Cheney said. “PGA of America didn’t take this lightly. They did their homework as far as making such a big move. … They looked at it as they were making a 50-year or longer decision. We think that [the Dallas-Fort Worth area] and Frisco specifically being the epicenter of golf in the future is going to be great for the region but also for the sport of golf.”

PGA of America CEO Seth Waugh said in a statement the PGA welcomes developing partnerships in order to realize the vision of its new headquarters.

“Everything great starts with a dream,” Waugh said in a statement. “This is the beginning of a bold, new journey as we bring together world-class partners in a world-class location—to deliver innovative and differentiated experiences for our nearly 29,000 PGA golf professionals, golfers of all abilities and our staff.”

The PGA is the latest in a line of public-private partnerships for Frisco that include the Dallas Cowboys and FC Dallas. A good relationship with the school district, consistent city leadership and a productive tax increment reinvestment zone are among the reasons city and FISD officials say they have had success.

FISD has played a role in many of the city’s major public-private partnerships. Outside of Frisco, such cooperation between a city and school district is uncommon, FISD Chief Financial Officer Kimberly Smith said.

“I’ll go to conferences, and there will be business managers talking about how to get your city to work with you, and I’m thinking, ‘We don’t have that issue in Frisco,’” she said. “I think we’re definitely doing things that other cities and school districts aren’t.”

FISD will contribute $5.84 million toward the construction of the PGA’s public facilities. That compares with $30 million it contributed to the Dallas Cowboys’ indoor practice facility, the Ford Center at The Star.

For the PGA development, students will have access to the practice facilities, including the driving range and short game areas, four days a week. The district will pay no operating fees for their use and will receive a discounted student rate for tee times. The golf courses will also host district tournaments.

“What we pay has gone up significantly over the last few years to practice at these places, and sometimes we don’t always get the exact time that we want when we want it,” he said.

Though each of Frisco’s public-private partnerships varies, one factor has remained consistent: Frisco City Manager George Purefoy. Hired as the city manager in 1987, Purefoy has led the city through the addition of Stonebriar Centre, the creation of the FEDC and the attraction of sports teams and multiple headquarters.

“Having George Purefoy on our team, especially as the quarterback, it’s made all the difference in the world,” FEDC President Ron Patterson said.

It also helps that the community agreed on a strategic vision years ago, he said.

“Councils have come and gone and changed, but they’ve kept the vision,” Patterson said. “You take that, the fact that you’ve got those bodies maintaining the vision, and you’ve got a city manager who’s been here as long as he has being able to carry that out, it’s phenomenal.”

Purefoy helped build the strong relationship with FISD and its former Superintendent Rick Reedy so the district could participate in these public-private partnerships, Fouche said.

“Both of them put the good of the kids and the public above the good of either entity,” Fouche said.

Much of the funding for these public-private partnerships comes from Frisco’s tax increment reinvestment zones, or TIRZ.

A TIRZ is a special taxing district used by local governments to help spur redevelopment and economic development within the community. Any revenue from property tax value growth in a certain area is captured into a separate fund.

Frisco’s first TIRZ was created in 1997 on 720 acres where Stonebriar Centre now sits. Since then, the TIRZ has generated millions of dollars to help fund public facilities and infrastructure improvements throughout the city and school district.

Both the city and FISD are using TIRZ funds on their share of the PGA partnership.

“I don’t know that we would otherwise have the ability to generate the revenue to pay for those partnerships,” Smith said.

Along with the PGA the partnership includes Omni Stillwater Woods, a joint venture with Omni Hotels & Resorts, Stillwater Capital and Woods Capital.

Hunt Realty Investments also played a role in the deal. A majority of the PGA development is located in a 2,500-acre plot of land—one of the largest contiguous undeveloped plots of land left in Frisco—that Hunt Realty purchased earlier this year along with The Karahan Companies—the developer of Legacy West in Plano—Chief Partners, CrossTie Capital and the Estate of Bert Fields Jr. Hunt Realty sold the portion of the 2,500-acre plot for the PGA’s development.

“When you get that many entities involved, that’s always a challenge—staying on top of all of the information and all of the pieces and parts of that,” Patterson said.

The PGA development will include a 100,000-square-foot headquarters, a 500-room Omni hotel, a city-owned conference center, three golf courses, a clubhouse and retail space.

Construction on the PGA’s golf courses is expected to begin in September. The whole project is scheduled to be complete by June 2022.

As far as the next big project on the horizon, that is up to Frisco City Council, Purefoy said.

“From time to time, the council will set some goals and aspirations,” Purefoy said. “They’re always on the lookout for what’s next and what’s possible. I’d say the key, though, is being ready when the opportunities present themselves.”