As family behind Napoli’s Italian Restaurant grew up, business expanded When Napoli’s Italian Restaurant opened in east Plano more than two decades ago, it was surrounded mostly by open fields.

Nori Krasniqi, who operates the business with his siblings and father, said the early traffic was generated largely by word of mouth. The business grew as more people moved near the building at 4101 E. Park Blvd.

“At the time, there was barely anything out there, so we were almost literally one of the few businesses there,” Nori said. “We grew up with the area.”

Nori’s father, Mike Krasniqi, had previously been involved in the restaurant business in the New York area before he moved the family to Texas, driven by favorable business conditions here, Nori said.

As the children grew old enough to become involved in the business, the family opened locations in Allen, Wylie and west Plano. Nori and his siblings coming of age was key to the business’s expansion plans, he said.

“This is a small business, so if you’re one person, you’re limited as to what you can do,” Nori said. “But if you have more manpower, then you can expand.”

The locations were chosen in part because of their close proximity to each other, Nori said.

“You can always jump from one place to another,” Nori said. “Say you lose an employee for the day [at one location]. You can go over to that place. You can get familiar with all the ins and outs of the business. It’s good quality control.”

To this day, the menu reflects the influence of the New York-style Italian tradition.

Popular dishes feature meats ranging from chicken to seafood and even veal. The menu also includes a variety of Italian favorites, such as pizza and lasagna.

The family’s most recent project is its west Plano restaurant, which opened in late 2017. When they open a new location, they rarely advertise early on, Nori said. They try to focus on getting everything right first, from food quality to service, he said.
SHARE THIS STORY 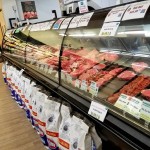 Collin County health officials reported 34 additional cases of the coronavirus from May 30-31, including 12 new cases in Plano.