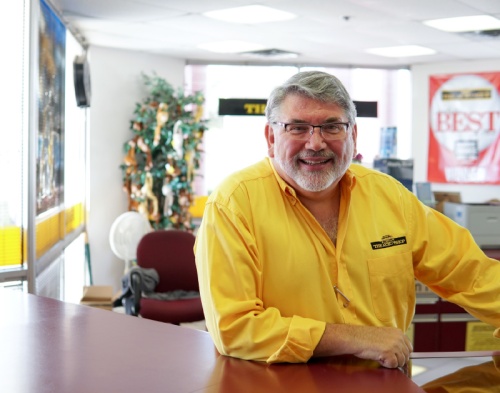 Jerry Kezhaya began his work on cars in Plano in 1981 and has since upgraded to an expansive, 35,000-square-foot storefront.

Jerry Kezhaya’s high school shop class teacher quickly ran out of work to give him—something Kezhaya attributes to the free rein he was given as a teenager to tinker with machines in his father’s auto shop.

“He had me working on all of their machines—fixing their machines,” said Kezhaya, owner of The Auto Shop in Plano. “I was like his free maintenance guy.”

Kezhaya recalls some of his favorite projects in his earlier years, including building racing engines at the age of 12 and helping restore a 1957 Ford Thunderbird.

Like so many other successful business ventures, Kezhaya first began his company in the garage of his house back in the early 1980s. It did not take long for Kezhaya to realize he needed a bigger space, he said.

Now working with 15 employees, Kezhaya is operating out of his fourth space, which is roughly 10 times larger than his original shop.

“We’ve really got a great team of folks—good customers, good clients,” Kezhaya said. “I like coming to work.”

Kezhaya, whose business is located near downtown Plano, said it has been exciting to see the growth that has taken place in the city since he started the company in his garage nearly four decades ago.

“The city of Plano has been blessed with really great leadership for a very long time,” Kezhaya said. “The people that planned the city out ... back in the ’50s really did an extraordinary job.”

Though it has been nearly 40 years since Kezhaya started his business he has made the conscious decision to keep The Auto Shop in Plano. In fact, Kezhaya said he has served on various city commissions, including planning and zoning, the board of adjustments and Collin County’s park foundation.

“I’m really old-fashioned in that I put down roots in this community,” Kezhaya said. “I wanted to establish myself as someone that lives here, works here, plays here, and man—we really did that.”