For June Hutcheson, being about 10 days from opening a retail and art studio is a dream come true.

Brad Hutcheson, a fire fighter, makes furniture out of industrial material such as pipes and metal fixtures. The married couple decided to combine a shared passion for art to start art classes and sell local art and furniture made by local artists.

“It will be a collaboration of industrial furniture in the front and art classes in the back combining his [Brad’s] woodcraft and my love for art,” she said.

The store opens on Sept. 26 with a ribbon cutting ceremony followed by a live art installation that people can participate in. Adults and children can help make a permanent mural in the art studio, June Hutcheson said.

Right now, they are working on getting the flooring done in their downtown Plano location where June plans to teach pottery, mural art, painting and drawing classes to adults and children.

The Hutchesons began a fundraising campaign on Kickstarter to get backing from people interested in seeing a store like Pipe and Palette. They hope to raise $5000 to help finance the remodeling of the studio and retail space. At present they have received $742. If they are not able to reach their goal in 10 days, the campaign closes and they don’t get any of the funding. However, June Hutcheson said, irrespective of meeting their Kickstarter campaign goal, Pipe and Palette is going to open on Sept. 26.

“We are still going to open no matter what,” she said. “We might be eating ramen and peanut butter and jelly sandwiches for some time, but we are going to open.”

The Huthchesons chose downtown Plano as a location for their arts studio and store since downtown Plano has been declared as an arts district. June Hutcheson said she liked the vibe of the neighborhood and wanted to be a part of the arts scene in Plano.
SHARE THIS STORY

The developer revamping the former Texas Instruments office campus in Plano has unveiled plans to add new retail and restaurant space and a hotel north of Legacy Drive.

When, where to vote early in Plano

Early voting for the March 3 primary elections begins Feb. 18 for voters in Collin and Denton counties. 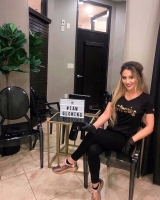 The Dallas Cowboys and Main Event announced a partnership Jan. 22 that offers Main Event a variety of marketing rights, benefits and designations to connect the entertainment business with the Cowboys and its events, properties and players.