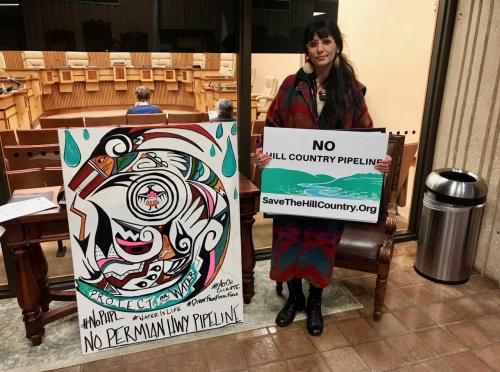 “I’m a consultant. However my thrust—my presentation—this evening was to engage Kinder Morgan in further discussion and that’s the kind of question I believe they’re prepared to answer,” he said.