Construction has started on the western end of the Permian Highway Pipeline. (Courtesy Kinder Morgan)

A lawsuit challenging the Permian Highway Pipeline and asking for an injunction to stop its impending construction was filed Feb. 5 in U.S. District Court in Austin.

Plaintiffs listed in the suit include the cities of Austin and San Marcos; both Hays and Travis counties; the Barton Springs Edwards Aquifer Conservation District and several private landowners.

The city of Kyle is not listed as a plaintiff, but the suit will be amended to include it, according to Jessica Karlsruher, executive director of the Texas Real Estate Advocacy and Defense Coalition, which is partially funding this legal action in addition to several others.

The plaintiffs are charging, according to a copy of the suit, that Kinder Morgan will damage endangered species habitats when it builds a 430-mile natural gas pipeline through Central Texas and that the company has not sought the appropriate permits from the federal government that would allow them to do so without violating the Endangered Species Act.

Those permits come from the U.S. Army Corps of Engineers and the U.S. Fish & Wildlife Service, which are named as defendants in the complaint along with Kinder Morgan in part because, according to the text of the suit, the two agencies have recently created a new permitting process that was adopted in violation of the Administrative Procedure Act.

No permits have yet been issued, but as Community Impact Newspaper previously reported, Kinder Morgan has already mobilized and is ready to begin construction almost immediately.

The anticipated endangered species lawsuit was at one point not going to be filed until after the permits that it challenges were issued. According to the text of the suit, plaintiffs are concerned that if they wait to sue, by the time the case goes to court Kinder Morgan may have completed enough construction that issuing an injunction would not be meaningful.

The suit reads, “While no permits have been granted nor any other purported authorization issued, on information and belief Plaintiffs expect that ... Kinder Morgan will immediately begin destroying and damaging federally listed species and their habitats before Plaintiffs and the Court have the opportunity to review or address the legality of their activities; and d) Kinder Morgan will argue that Plaintiffs’ ability to seek redress from the Court has been rendered moot by their expedited clearing activities.”

The suit asks the court to declare that Kinder Morgan will violate the Endangered Species Act and stop the company from “engaging in any staking, clearing, development, construction, installation or other activities,” among other demands.

Construction has already started on the western end of the pipeline, which runs between the Permian Basin and the Gulf Coast, but has been held up by permit delays in Central Texas.

There has also been a number of legal challenges.

The TREAD Coalition funded the two notices of intent to sue that proceeded the endangered species challenge, but the suit has other sources of support—all the governmental agencies that are plaintiffs will contribute, Karlsruher said.

Kinder Morgan Vice President of Public Affairs Allen Fore said the company is not concerned about the litigation. 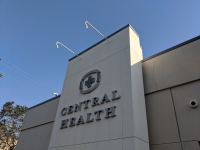