From award-winning bites to robot waiters: 12 restaurants featured in 2021 in Round Rock, Pflugerville and Hutto 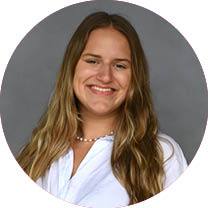 Looking to try a new restaurant near you or want to know more about your favorite places to eat locally? Here is a list of the 12 dining features out of this year’s Round Rock, Pflugerville and Hutto monthly editions of Community Impact Newspaper. Read our current edition here, and for more local dining news, click here.

In Round Rock, WiseGuys - A Chicago Eatery transports guests to the Windy City with its authentic Chicago dogs and chili cheese dogs, handcrafted pizza and Chicago cheesesteak sandwiches.

Austin restaurant group Z’Tejas has closed its Arboretum restaurant but will open a new location of Z’Tejas Southwest Grill in Kyle in late 2022.

At Indian restaurant Rock N Grill in Round Rock, most everything on the menu is made to order; a magician performs on weekends; and food is brought to patrons by a robot server.

Brewpub Pinthouse Pizza has four Austin-area locations, but its Round Rock restaurant is its location with the bar as its focal point.

Downtown Hutto’s Texan Cafe & Pie Shop is a homestyle eatery and go-to tourist shop that brings in guests from all over Texas for its extensive pie selection and Southern cooking. The restaurant offers more than 50 pie flavors, and a customer favorite meal is the chicken fried steak.

Carroll Humphrey’s Springhill Restaurant in Pflugerville is still serving up the same fare it has offered since it first opened in 1985: catfish, burgers and chicken.

Recuerdos Tex-Mex in downtown Round Rock is known and loved for its enchiladas and friendly atmosphere. Other popular dishes include the carne guisada, the fajitas, juegos rancheros and the migas.

In Pflugerville, Taste of Ethiopia serves traditional Ethiopian dishes in a large pan placed within a woven basket shared with the entire table. Customers use a kind of thin, spongy bread called injera to pick up the food by hand. Many of the dishes are the owner’s family recipes.

Downtown Round Rock’s Slapbox Pizzicheria, a restaurant and draft house that opened in 2017, features an award-winning menu and signature slices on dough made in-house daily.