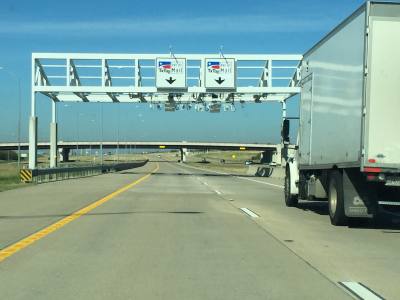 Plans to expand the SH 130 toll road are on hold.

Plans for widening SH 130 continue to linger in uncertainty after Gov. Greg Abbott and Lt. Gov. Dan Patrick in November called for the suspension of state funding for new toll road construction across the state.

That decision has left Texas Department of Transportation and Pflugerville officials in a precarious position of figuring out how to move forward with plans to manage congestion on the toll road.

“I spoke with a TxDOT representative, and he said the project had almost gone out to bid,” Pflugerville Mayor Victor Gonzales said. “Basically, the engineering had been done, the funds were allocated and we were probably a few months away from getting [construction] started.”

The proposed SH 130 widening project would have added a third lane to both the northbound and southbound portions of the toll road, ranging between SH 45 N to Hwy. 71, at a cost of $195 million spread across two phases, according to a TxDOT fact sheet. TxDOT had also added flyover construction at US 290 in accordance with the project.

“When 130 was cut through hardly anyone was using it. Now we have traffic jams in the morning and the evening,” Gonzales said.

Construction on the project was set to begin in early 2018 with an estimated completion date set for sometime in 2020, but plans for SH 130—and toll road construction across the state—were scuttled in November after Abbott and Patrick asked TxDOT officials to drop new toll lane construction plans.

“This put us in a bit of a quandary because this is not a totally new toll road project,” said Mark Cross, a TxDOT representative.

TxDOT received billions in tax dollars from Propositions 1 and 7, passed by voters in 2014 and 2015, respectively. The ballot measures at the time enjoyed support partially because the state relayed that the spending of those funds on toll lanes would be considered unconstitutional.

Portions of the SH 130 widening project cost would be generated by revenue collected from the Central Texas Turnpike System.

Gonzales stated the additional lanes on SH 130 could help to ease traffic woes on I-35 and even help to thin congestion in downtown Austin. For Pflugerville, the expansion freeze will not have an immediate impact on potential development, but Gonzales shared concerns that pass-through traffic to the city will be impeded by any further delays.

“The toll road provides really great access to get to Pflugerville,” Gonzales said. “We’re really a regional community. We have people coming through from Cedar Park, Taylor, Georgetown, even as far as Killeen, Temple and further south.”

Gonzales said he has received hints from state lawmakers and officials that the project could soon be up for re-evaluation. Cross, though, said the plans are on hold for an indefinite period of time.

“Nothing is set in stone. We are not sure how it will all pan out,” Cross said.
SHARE THIS STORY