Hutto to begin construction on 167-acre residential development in August 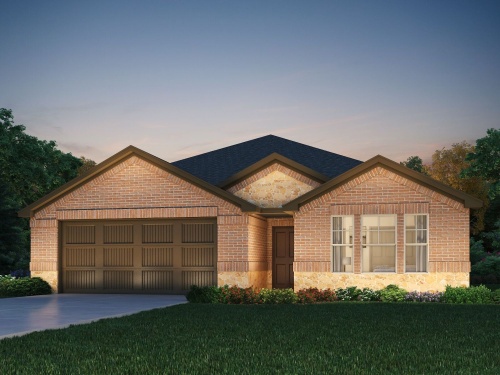 Meritage Homes, a national public homebuilder company, announced in an Aug. 14 news release it has closed its deal with the city of Hutto for a 167-acre residential development. Cross Creek, located at Hwy. 79 and FM 1660 and situated across from the future Perfect Game site, is anticipated to begin construction in August and will create more than 450 homes in the Hutto community.

Cross Creek will include two home designs: "The Meadows" will feature six single- and two-story floor plans sized from 1,348-2,594 square feet., whereas "The Hills" will consist of eight single- and two-story floor plans ranging from 1,792-2,981 square feet. Standard household features at Cross Creek will include stainless steel appliances and oversized showers in masters suites, alongside on-site amenities such as a playground, swimming pool, splash pad and an extensive trail system.

“Hutto is one of the most sought-after communities for families in the Austin metroplex due to its high-ranking schools, as well as its location [close] to entertainment, employment and transportation centers,” said James Saunders, Austin division president at Meritage Homes, per the news release. “Our goal with this development is to provide residents with industry-leading energy-efficient homes and access to deluxe amenities with transparent pricing at a compelling value.”
SHARE THIS STORY