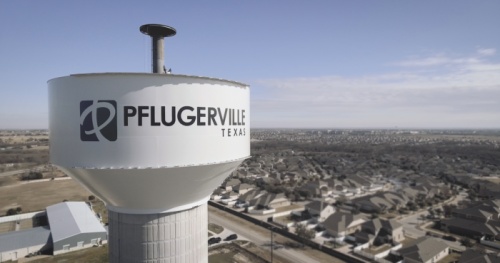 Pflugerville ISD voters will officially see a $332 million bond proposal on the ballot this November.

PfISD trustees voted unanimously to approve sending the bond to a vote at a board of trustees meeting Thursday. They also approved a tax ratification election for a reduced tax rate of $1.52, down $0.02 from the 2017-18 rate of $1.54 per $100 valuation.

“If we can stave off the next bond after this one by even one more year and we have long-term efficiency in [these schools], then this might be the best solution,” Dr. Fletcher said.

A motivation for the construction of new schools along with other upgrades was the school district’s rapid growth, trustee Renee Mitchell said. According to the city demographer, PfISD is expected to add 798 students during the 2018-19 school year with about 40 percent attending an elementary school, PfISD Chief Operating Officer Ed Ramos said at a previous meeting.

Trustee Rob Reyes said he supported this option because it expanded two schools in the district’s southeast area where some schools are seeing the most growth.

“Our bonds have not helped that area of our constituency, and this would be a great way to invest in that community in that way,” Reyes said.

As currently budgeted, Chris Davenport, co-chairman of PfISD’s Citizen’s Facilities Advisory Committee, said at a board presentation the bond proposal would not require a tax rate increase and could still be fully funded if the proposed reduced tax rate is passed by voters as well.

The district has the ability to propose a reduced tax rate because it is nearly finished paying off its debts from its most recent bond issued in 2014, Ramos said.

Both the reduced tax rate and the bond proposal would have to be approved by PfISD voters as separate ballot items.

Whether the reduced rate passes or fails, many homeowners could still pay higher taxes due to rising property values in Pflugerville. Under the reduced tax rate, the average increase in taxes on a home would be $217, according to the report.

The last bond that PfISD voters approved in 2104 was a $287 million bond that included funds for the construction of Vernagene Mott and Timmerman elementary schools, Weiss High School and the Pfield, a 10,000-seat district football stadium.
SHARE THIS STORY