The 178-foot-high water tower at Headquarters and Leadership drives was toppled over by a demolition crew on June 15. The tower was brought down to make room for the Legacy West mixed-use development. In 1999, the Shops at Legacy ushered in a new brand of development that put Plano on the map along an undeveloped stretch of the Dallas North Tollway.

The shops are part of Legacy Town Center, a 168-acre master-planned development of urban-style homes, boutiques and restaurants that has since created a domino effect of interest from developers looking at vacant land to the north, according to real estate brokers and developers. As earth is being turned nearby at the future site of Legacy West, other transactions are being made along the nearly 8-mile stretch of SH 121, a corridor that has remained relatively dormant in the years since the Shops  at Legacy was built.


“The creation of [Legacy] Town Center represents the first instance of the town center concept to an existing business development [in Plano],” said Sally Bane, Plano Economic Development executive director. “The ‘new urbanism’ principles applied in the original Town Center will be equally successfully applied to its extension, Legacy West.”

The neighboring cities of Frisco and The Colony have seen their respective stretches of  SH 121 become landing zones for major development as well.

“It’s the front door to our community,” she said. “… [Grandscape] will be a real destination.”

At the same time, the largest Volkswagen dealership in the country—Hendrick Volkswagen Frisco—opened in April along SH 121. Nearby, Crest Auto Group is building three more dealerships—Cadillac, Infiniti and Volvo—on a 35-acre plot, which will include a car wash and collision repair center.

While he said he could not  predict what kind of impact Legacy West will have on the area, KDC’s other large-scale projects have shown similar ripple effects in terms of spurring additional corporate development in the area.

“What I think will happen and what I’m hearing is that [when] these huge whales of  companies [like Toyota and FedEx] put a location down … [we see] a lot of other companies that either already do business with them or are trying to do business with them starting to see what else is nearby,” Fitzgibbons said. “We also see smaller companies leasing up buildings that are already available nearby, and I think that will continue over the next few years.”

Heading northward from Preston to Custer roads, for sale signs dot the frontage road along SH 121 in Plano. Hundreds of acres are up for grabs to be turned into anything from office buildings and retail to townhomes and restaurants.

With construction of Plano Crossing, which is  at Ohio Drive and SH 121, now complete, Scott Rogers, DuWest Realty vice president of leasing, is in the process of finding retailers for 30,000 square feet of retail at Ohio Drive. Tenants so far include Hard Knocks Laser Tag and Viceroy  Indian Restaurant, both scheduled to open this fall.

“It is a very good location. There’s a lot going on along the [SH] 121 corridor,” Rogers said. “The only downside is that most [potential] tenants already have locations within a 1-mile radius. The challenge is finding new tenants that are coming to town and expanding those that are already within the Stonebriar Mall area.”

Attraction to the land along SH 121 has started to pick up, Duggan Realty President James Duggan said.  He said his real estate brokerage firm has experienced increased interest from developers throughout the past four years.

In June, the company sold three pad sites—two for professional medical buildings and the other for a retail center—at Independence Parkway and SH 121. Duggan, a former Plano city councilmember, attributed this progress simply to favorable economic timing.

“We’re seeing quite a bit of  activity out there recently. The whole [North Texas] region has had a lot of growth,” Duggan said. “It’s not just Nebraska Furniture Mart [and] it’s not just Legacy West. All of these [developments] are key factors but … timing is [also] a huge factor. We want to take advantage of the time that we have and be thankful for the next [few] years.”

The city’s working draft of the Plano Tomorrow comprehensive plan outlines the future for development and urban design for the next 20 years. Its land use map reveals potential for a mix of retail, office, restaurant, medical, hotel and technology-based uses from Rasor Boulevard to Custer Road.

Other employment centers like Granite Park at Legacy Drive and the Dallas North Tollway are expected to be built from Spring Creek Parkway to Preston Road and will provide corporate office campuses, medical centers and research facilities. Residential development is not considered appropriate within these centers, which will serve as the area’s primary role as an employment hub, according to the plan.

With 486 acres of undeveloped land left in Plano along SH 121, current city zoning encourages a range of commercial uses there, allowing the corridor to make a visible impact for the city for years to come, city Planning Director Christina Day said.

“We expect Toyota, FedEx and Liberty Mutual to inspire supporting companies to locate nearby within the next several years,” Day said.

November 2020 election: Here are the local, statewide candidates on the ballot for Collin County residents

This is your guide to the November 2020 ballot and important election dates to know in Collin County.

The business offers specialized physical therapy treatments for various conditions at clinics across Texas and the United States.

See the five most popular stories on our website in the DFW area for Sept.

Read the top stories in September on Community Impact Newspaper's website from the Dallas-Fort Worth area.

With this new rate, the average homeowner in Plano will pay $4,894 in property taxes per year, which is down from the average $5,104 paid last fiscal year.

The business offers American food and beverages in a setting primed for game watchers. 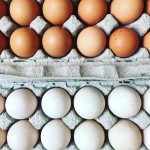 The push to delay any further action for allowing hens in yards under 1.95 acres stems from a funding request from staff to hire an additional animal services officer and allow commercial coops if back yard chickens were given the green light.

The restaurant began serving its modern American fare for takeout this spring and opened for dine-in service July 23.