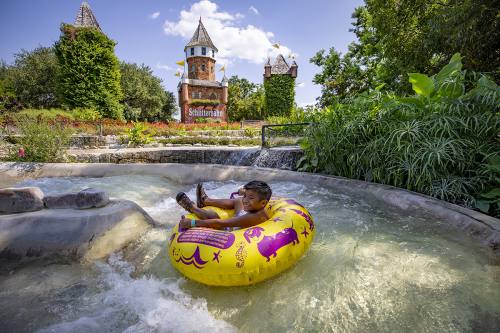 A number of corporate and park employees, some with tenures as long as 20 years with the company, packed their bags and headed home from Schlitterbahn Waterpark and Resort in New Braunfels on Friday.

Parent company Cedar Fair announced Sept. 20 many corporate and park-level positions would be eliminated at Schlitterbahn Waterpark and Resort in New Braunfels and Schlitterbahn Waterpark Galveston “in order to streamline operations and drive efficiencies across the organization,” according to an official company statement provided to Community Impact Newspaper.

After 40 years in the New Braunfels community as a family-owned business, Schlitterbahn—specifically, its new Braunfels and Galveston locations—was purchased by Cedar Fair for $261 million in June.

Based in Sandusky, Ohio, Cedar Fair operates 11 additional amusement parks, which totaled 25.9 million guests and $1.38 billion in annual net revenue in 2018. By comparison, the New Braunfels- and Galveston-based Schlitterbahn parks brought in 1.2 million guests in 2018 and generated about $68 million in revenue.

“While it is never easy to part with colleagues, Cedar Fair is committed to doing the right thing and is assisting impacted employees with their transitions in the weeks and months ahead, including providing outplacement services for those affected,” the company’s official statement said. “Cedar Fair plans to invest approximately $20 million to update and refresh areas of both Schlitterbahn water parks, while retaining the valued hospitality, genuine spirit and heritage of the Schlitterbahn brand that guests have come to appreciate over the years.”