MAP: Check out road projects that could be included in potential Williamson County bond 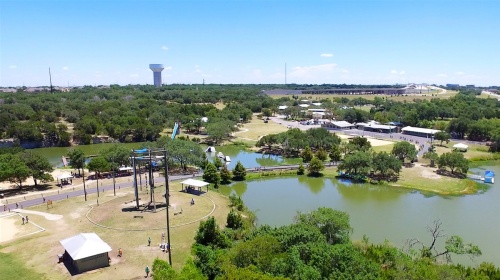 Projects at Twin Lakes Family YMCA in Cedar Park could be included in a potential Williamson County bond election in the fall.

Williamson County is in the process of deciding whether to hold a roads and parks bond election in the fall, and if so, what projects to include.

Local cities submitted priority projects to the county’s citizens bond committee, which is tasked with making a recommendation regarding the bond to the Williamson County Commissioners Court by July 4.

The committee reviewed projects submitted for Precinct 2—which includes Cedar Park, Leander, Liberty Hill and part of Austin—and their potential costs at a meeting held May 8 in Cedar Park.

“It’s the last section [of Whitestone] in Cedar Park that lacks the six-lane section,” the city's Senior Engineering Associate Tom Gdala said. “We want to get this project shovel-ready.”

Leander’s priority road projects include the expansion of parts of Bagdad Road and San Gabriel Parkway as well as the purchase of a right of way for a future eastern extension of Hero Way.

“This is a major corridor that we hope will connect Leander to Georgetown,” Leander Assistant City Engineer Terri Crauford said.

The potential cost for each project was estimated by the cities and by HNTB, an engineering consultant for the county, which often disagreed with city estimates. HNTB estimated a total cost of $779.32 million for all the recommended road projects with the cities putting up $27.96 million toward the costs, bringing the total amount for the bond committee to consider to $751.36 million.

Aside from road considerations, the committee also heard presentations on possible trail and park projects in Precinct 2 to include in the bond. Leander submitted two trail projects—San Gabriel River Trail and Brushy Creek Trail—while Cedar Park asked for funding for a Brushy Creek Regional Trail connection to Lakeline Park. Twin Lakes Family YMCA asked for help with some projects as well, including two pedestrian bridges.

“We support these [trail projects] that were submitted by the cities and the Y,” said Randy Bell, director of Williamson County Parks and Recreation, adding the projects fit into the county’s regional trail plan.

Bell provided the committee with an overview of recommended trail and park projects throughout the county.

The committee could decide to include some projects and not others in the final bond recommendation. Committee members discussed the future development of a scoring matrix to prioritize projects, including criteria such as cost, regional significance, importance to safety and more.

The map below illustrates potential road projects within Precinct 2 organized by which entity submitted them. All locations are approximate.