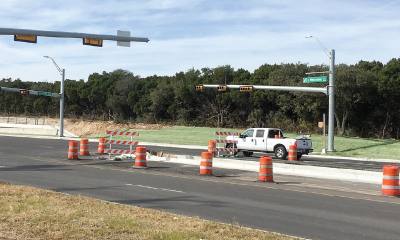 The RM 1431 Gap Project is currently underway in Cedar Park. The city of Cedar Park is proposing a project widening RM 1431, or Whitestone Boulevard, from Bagdad Road to Anderson Mill Road be included in a possible November bond election.

The city of Cedar Park will submit road projects and a trail connection project for consideration in a possible Williamson County roads and parks bond election.

Williamson County is considering a roads and parks bond election for November. The Williamson County Citizen’s Bond Committee has asked Cedar Park and other cities to provide their top three transportation projects and any regional trail connectivity projects they want the county to consider including.

Matt Powell, a representative for Precinct 2 on the Citizens Bond Committee and former mayor of Cedar Park, told the Cedar Park City Council during a meeting April 11 that when choosing which projects to include in the bond, emphasis will be put on regional projects, meaning projects that aim to connect cities or activity centers within the county.

Cedar Park voted unanimously to submit the following projects for consideration during a meeting April 11:

Mayor Corbin Van Arsdale was absent from the meeting.
SHARE THIS STORY