Leander ISD takes next step toward becoming a district of innovation 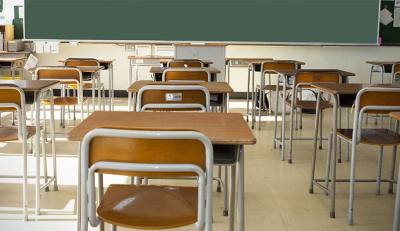 Leander ISD Board of Trustees approved the creation of a committee to create a district of innovation plan.

Leander ISD board of trustees decided to move forward with the process to consider becoming a district of innovation, or DOI, in an effort to have more flexibility over the school calendar.

The board directed LISD administration at its Dec. 7 meeting to create an innovation plan committee to create a DOI plan under the parameters to focus on calendar flexibility. Superintendent Dan Troxell said that by becoming a DOI, LISD would have the option to begin the school year a week earlier or more.

“If you decided to pursue DOI but had some specific stipulations regarding the calendar, in your motion you could say that you would like to appoint an innovation committee to study the specific flexibility that we desire regarding the first day of school,” he said.

Smith said that if in the future LISD would like to add other exemptions allowed by a district of innovation designation, the board would begin the process again, including gathering more public input. Until then, if the DOI status is designated, the only exemption allowed would be variations to the school calendar.

The innovation plan committee will include seven LISD staff members, seven parents or community members and the chief of staff and will be a subcommittee of the Districtwide Educational Improvement Council.

“I just want to make sure teachers are comfortable with this,” trustee Pam Waggoner said.

Next, the committee will work to complete a plan that will be posted for the public for 30 days starting Jan. 12, according to meeting documents. Smith said members of the public will be able to provide feedback both during a meeting and online. After public input and plan finalization, the board will have the opportunity to approve or deny the DOI plan.

Four citizens spoke against the DOI during the board meeting Thursday night. They raised concerns about other exemptions allowed by DOIs.

“It seems to me that becoming a district of innovation is too drastic an approach to solving the calendar issue,” Leander resident Becky Bromley said. “DOI was not created to solve calendar issues; it was put into effect to change the way our children our educated.”