The initial item regarding an ordinance and zoning map amendment at 110 Westlake Drive was postponed. Mayor Linda Anthony explained this was due to a postponement within the Zoning and Planning Commission.

“We’re just acknowledging ZAPCO’s tabling of the discussion,” Anthony said, later adding that the engineering plans have not begun therefore the subdivision’s plan will not be approved for another six to nine months.

Council unanimously rejected a drainage design reimbursement agreement with Legacy DCS. Per the terms of that agreement, the firm would be reimbursed of all costs and expenses related to the design of drainage improvements.

The authorizing of an off-site drainage improvements and maintenance agreement at the same property was also unanimously rejected.

Legacy DCS purchased the 2.46 acres of land from the city in November 2018 for $1.575 with the plan to build five single and two-story homes averaging 4,000 square feet. Council accepted the offer out of a number of rejected proposals.

According to the firm’s initial proposal, the residential properties will be placed strategically around the existing Live Oaks and Cedar trees. The developers also proposed including a bird sanctuary towards the rear of the property.
110 Westlake Drive Legacy DCS West Lake Hills City Council ZAPCO
SHARE THIS STORY

Eanes ISD updates grading guidelines for the remaining 2019-20 school year; final exams will not be administered

While a pass-or-fail system was considered by district officials, the overall consensus was to average the third and fourth nine-week grades. According to EISD, this will give students the opportunity to raise their overall grade point average. 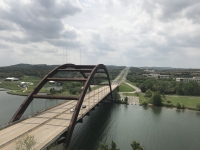 GALLERY: Communities from Lake Travis to Westlake continue to shelter in place

Here is a photo gallery depicting a snapshot of what the area looks like during the coronavirus outbreak.