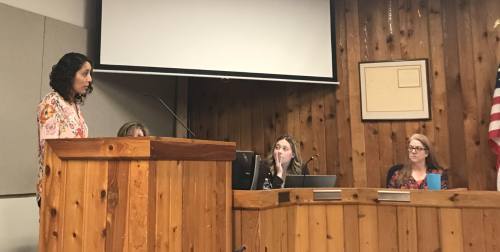 A small number of West Lake Hills residents may receive notices to change their home addresses in order to improve security and safety measures.

Mayor Linda Anthony explained during an Oct. 7 meeting that the city periodically needs to reassign street addresses due to improper numbering, which may pose a problem for first responders who are unable to locate a resident.

While this is an infrequent and inconvenient action for residents, it’s also an important safety measure, according to Anthony.

There are currently two households required to change addresses; however, more will follow next year, according to Anjali Naini, the city’s director of building and development services and 911 coordinator. The city will not be making any changes after the month of October due to the approaching holiday season.

Various issues require an address change, such as having an even numbered address on the odd numbered side of the street or the wrong street name. Some West Lake Hills homes were never assigned an official 911 address.

Residents who are aware of certain address issues are encouraged to contact Naini and the city of West Lake Hills.