UPDATE: Traffic moving after crash on southbound SH 130 at Parmer 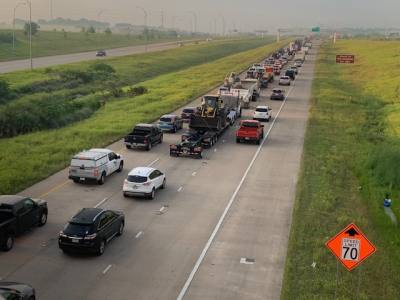 SH 130 at East Pecan Road is backed up several miles from the accident scene at Parmer.

UPDATE 10:11 a.m.
Pflugerville police reported the traffic flow on southbound SH 130 is back to normal, but one lane is still closed at Parmer Lane.

Original story:
Motorists are urged to avoid southbound SH 130 Wednesday morning. All lanes of the highway are closed due to an accident and fuel spill at Parmer Lane.
Traffic is being diverted around the accident at Parmer and the southbound traffic is backed up to SH 45 in Pflugerville, which is several miles of stopped traffic.
It is the second straight day SH 130 has been closed during the morning commute due to an accident.
SHARE THIS STORY