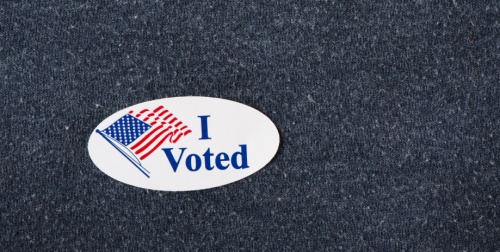 Georgetown City Council’s District 1 position and two seats on Georgetown ISD’s board of trustees are up for election today.

Election day polls close at 7 p.m. for the three races, according to the Williamson County Elections Department. Here is a map of polling locations.

Eby, a business-litigation and appellate lawyer, has served on the council since 2015 and is the current mayor pro tem. Calixtro is a co-founder of the Southeast Georgetown Community Council and has previous work and volunteer experience with the St. Helen Catholic Church Hispanic Ministry. Read a Q&A with both candidates here.

City Council voted March 13 to cancel an election for the District 5 position as only one candidate, Kevin Pitts, filed to run. Incumbent Ty Gipson chose not to file for re-election.

Council members serve three-year terms and are elected by voters in single-member districts.

On GISD’s board, Marcos Gonzalez faces Stevie Jones for Place 6. Incumbent Greg Eady is not running for re-election.

Gonzalez, who works in the banking industry, is a board member at the Georgetown Education Foundation. Jones, a mortgage loan originator, spent more than a decade working as an early education teacher.

For Place 7 on the school board, Jaquita Wilson challenges incumbent Ben Stewart.

Wilson, who has experience in educational management, has worked as a teacher, teacher’s aide and a juvenile services counselor as well as Head Start director in Liberty Hill. Stewart, who was appointed to the board in 2016 to replace former trustee Ronna Johnson, is a technical consultant for Dimension Data North America and has served as a PTA president and treasurer.

Read Q&As for candidates in both GISD election races here.

Early voters in all Williamson County jurisdictions holding May 5 elections cast 13,150 ballots during an early voting period that ran April 23-May 1, according to unofficial totals from the county elections department. The total included 9,757 ballots cast in-person at main and temporary polling locations, 3,382 ballots cast by mail and 11 ballots cast provisionally.

County election officials reported early voting turnout at 4.33 percent of all registered voters, according to unofficial counts.
SHARE THIS STORY