Georgetown is consistently ranked one of the fastest-growing cities in the country by the U.S. Census Bureau. This, Dishong said, adds pressure on the department to maintain quality of service with the growing demand.

“Just the fact that we’re having to do a storage tank a year implies that we're having substantial growth,” Dishong said. “One [tank] a year for four years, that’s the rate of growth we're trying to keep up with.”

Other major utility projects funded in the 2018-19 and 2019-20 fiscal years include improvements to multiple intake structures at the Lake Water Treatment Plant for $21.5 million, the design and permitting for a new water treatment plant for $5 million, building the Braun water tank and a 30-inch water line to the tank for $9 million, and Stonewall Ranch pump station improvements for $2.5 million.

The city operates five water treatment plants and 16 elevated and ground storage tanks. The treatment plants take water directly from the source—either Lake Georgetown or the Edwards Aquifer—treat it and send the water to the storage tanks until used by customers. When water depletes to a certain level, pumps turn on to replenish it, GUS Control Center Manager Chelsea Solomon said.

But the current customer base does not always need 42 million gallons of water a day; in fact most of the time it does not, City Communications Manager Keith Hutchinson said.

“In the summer months, 70% of the water that we produce—and these are on the hottest days—is used for irrigation, and the vast majority of that is used for residential,” Hutchinson said. “So when we're in our peak season getting more than 40 million gallons a day, it’s primarily driven by residential irrigation.”

Bill Dryden, a Georgetown resident and former city employee, said he believed to combat this the city should allow for more growth in commercial rather than residential because it would be less of a tax burden for the city in water supply demand and overall management.

Dishong acknowledged that the need for water and increased capacity is based on those who are high irrigators, which tend to be homeowners who want to keep their lawns green in the summer, and therefore more lawns means a need for more water.

But Georgetown City Manager David Morgan said it is not that easy.

Morgan said the city continues to look at growth forecasts to help manage development, especially as the city is in the midst of updating its 2030 Comprehensive Plan, which looks at elements such as future land use and utilities. However, it cannot control exactly what is developed.

“I think there is this idea that a city or entity can just stop people from developing on their property, and that’s not true,” Morgan said. “Our state is a property right state, and people have the right to sell land and develop. Cities have certain rights in our ability to help shape and direct that growth, but we don’t have the legal ability to just say ‘no’ to growth.”

GUS serves about 43,000 water accounts representing more than 100,000 people in a 440-square-mile service area, including the acquisition of the Chisholm Trail Special Utility District the city acquired in 2016, according to the city’s website. The area covers the city of Georgetown and parts of Williamson, Bell and Burnet counties, it said.

And while the service area does not grow, the number of people it serves continues to increase, Dishong said. This, however, does not mean the city is running out of a water supply, he added.

The city has secured enough water through 2042 with current population projections, Dishong said. Where the city does struggle—and is his job to manage—is the treatment, storage and disbursement of that water and is the reason the city needs to build more capital, he said.

On average, water customers use about 12 million gallons of treated water a day. But that number jumps up to about 42 million gallons a day in the summer months when many homeowners are watering their lawns, Dishong said.

He added that he has no way of distinguishing whether water is used to drink or to water a lawn and therefore has to work to treat it all for human consumption.

The city is obligated to provide the water service and ensure it has enough capacity to cover the high-use days even if they are rare, Dishong said, adding that it is a challenge for him to build storage capacity that is paid for all year round but only used about 45 days in the summer.

This has led the city to initiate a water conservation plan that includes a two-day per week water schedule based on home address and no watering on Mondays. In succeeding in a reduction of water use particularly in the hot months, city officials said they hope they could put off building needed capital by years, in turn saving taxpayer money.

“The goal is to get folks to reduce their average use over time, because if we can reduce our demand through conservation rather than finding new supplies, that is going to be a cheaper way to expand our supply in the future,” Hutchinson said.
Tags: Georgetown Utility Systems , Georgetown water
SHARE THIS STORY 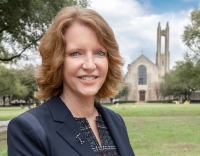 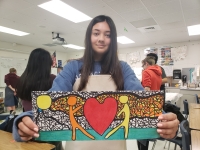