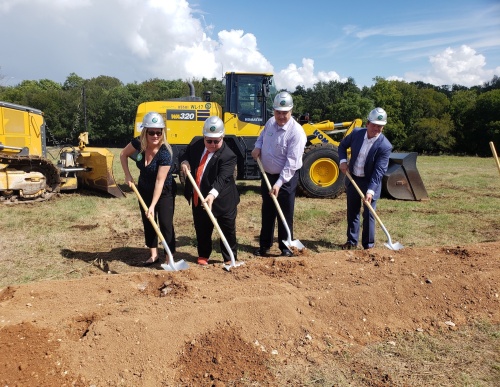 Developers held a groundbreaking Tuesday for Wolf Crossing, a new development that will bring 250,000 square feet of commercial space to Georgetown.

Located along West University Avenue and I-35, Wolf Crossing will be across the interstate from Wolf Ranch Town Center.

The development is to become a medical, government and retail hub for Georgetown and Williamson County with at least 20 restaurants, retailers and medical providers planning to come to the area, officials said.


“This development has been an ongoing project between CSW [Development], JLL and the city of Georgetown,” Georgetown Mayor Dale Ross said. “[The development] will serve not only the residents of Georgetown but also our primary trade area, which is more than 130,000 people.”

Development of Wolf Crossing began in May 2017. The services offered will fill a void and add to the community, said Kevin Hunter, chief operations officer and chief financial officer with CSW Development.

“This is going to be a sustainable development that’s going to last,” he said.