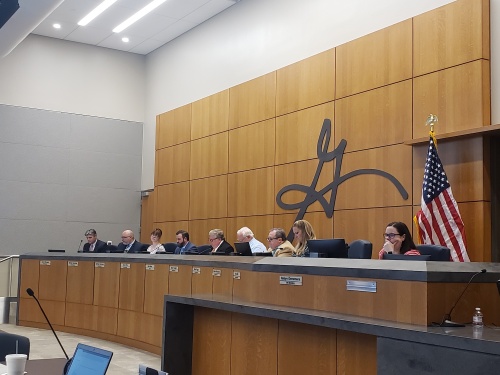 Georgetown City Council voted to consider withdrawing from the Bloomberg Philanthropies grant it was award in October during a July 23 meeting.

Georgetown may withdraw from the $1 million Bloomberg Philanthropies grant the city was awarded in October.

Georgetown City Council voted 5-1 to allow city staff to provide an assessment of the impact of withdrawing from the agreement during a July 23 meeting. District 6 Council Member Rachael Jonrowe voted against the measure adding that she is in favor of the assessment but against the proposition to withdraw from the grant.

District 1 Council Member Anna Eby was not present during the meeting.

District 4 Council Member Steve Fought said he placed the item on the agenda in light of recent issues with the city’s utility system.

“(The solar project) is a good idea, but we really ought to be focused on fixing [Georgetown Utility Systems], not on doing experiments,” Fought said. “Maybe it’s not the right time.”

In November, GUS found its end fund balance $6.84 million short of what was projected. Elected officials have said this was due to an energy market price drop causing the city to sell excess energy at a loss.

In light of the financial issues, the city believed it would still continue with the project.

Georgetown was one of nine cities across the US to be awarded $1 million for innovative projects. The city planned to test capturing and storing solar energy at the local level by placing solar panels on homes and storing excess energy on nearby batteries for future use.

The city received $100,000 from the initial stages of the grant. Assistant to the City Manager Jackson Daly said the city would have to refund the money back to Bloomberg but had yet to receive any additional funding. Daly added that the city intended to hire a manager for the project with the $1 million, but that and all other decisions have been put on hold.

Jimmy Coffman, who spoke during public comment, said he was concerned about the costs associated with maintaining the project after the Bloomberg grant ended in three years.

“As you reconsider this, I would encourage you to get a good understanding of the cost to the city for this grant,” Coffman said. “I’m not an electrician; I’m not an engineer; but I do have some experience with solar panels and battery storage; and this particular project does not look, to me, as viable.”

Georgetown City Manager David Morgan said he is prepared to provide the assessment as soon as all council members are present in a meeting.