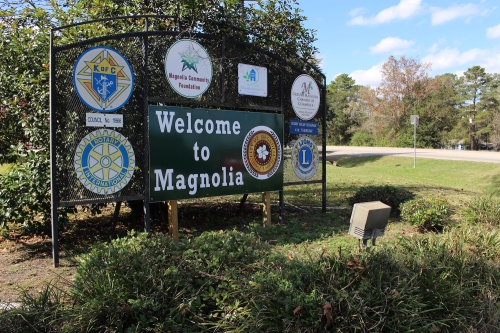 Magnolia Lights, a five-story mixed-use development, anticipates a fall 2019 ground breaking in the city of Magnolia.

The five-story development is proposed for 2 acres between Goodson Road and LaRue, Gayle and Commerce streets, she said. The site plans include four stories of luxury apartments above a ground floor of retail tenants, Thude-Speckman said during the presentation. Confirmed tenants include Kilwins Chocolates, a chocolate shop with locations across the U.S., and a restaurant whose name could not be released before press time, she said.

Thude-Speckman said Magnolia Lights has already leased 60% of the 20,000 square feet of retail space. The residential side of the development is also 60% pre-leased as of April 24, she said.

Construction is anticipated to take 14-18 months.

Tana Ross, economic development coordinator and planning technician for the city of Magnolia, said city officials are excited about the opportunities Magnolia Lights will bring to the downtown portion of Magnolia.

“Multi-family [living] is all moving toward apartment style, whether that just be somebody’s need or whether that be somebody younger or an empty-nester,” Ross said. “As the market changes, we’re embracing that and looking at [multi-family living options] on a case-by-case basis.”

With 130 residential units, apartment size will range from 575-1,100 square feet, Thude-Speckman said. Prices are subject to change but are expected to range from $900-$1,800 per month, she said.

“We have gotten such tremendous traction. We’re really hoping this will be the first phase of what will be the entire development of the city’s downtown part of Magnolia,” Thude-Speckman said.

Thude-Speckman said local residents have predominately pre-leased the units due to the housing shortage in Magnolia and across the country.

“We’ve had an enormous amount of interest for more affordable [housing],” she said. “You do not get to an urban-type, high-density project until you get dead smack into The Woodlands, which is over 20 miles away. There’s nothing comparable to the project that is coming underway now.”

Although parking will be the biggest challenge for the development, Thude-Speckman said, the current plans include two multi-level parking decks—one on Goodson Road and another on LaRue Street—but plans are not concrete at this time.

“[We’re looking to promote] a community of wellness and truly bringing our city together as a whole. We want the people who live there to thrive,” Thude-Speckman said.