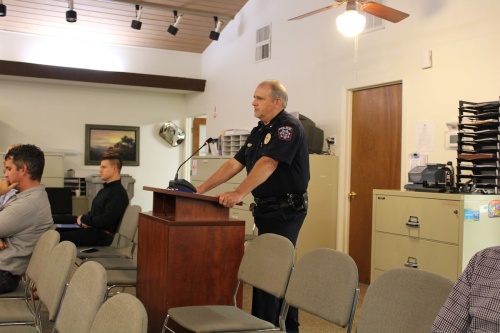 People attending events in Zilker Park—like Blues on the Green and Austin City Limits—have only to walk a few feet up Rollingwood Drive before crossing the boundary line into the city of Rollingwood to access ride-sharing services like Uber and Lyft.

Though the ride-sharing services stopped operating in the city of Austin May 9, the companies are still operating in neighboring Rollingwood, where Police Chief Dayne Pryor said they are welcome.

“[Ride-sharing companies have] always been a positive thing for Rollingwood,” he said during a May 19 City Council meeting.

He briefed City Council on the police department’s plans for Blues on the Green, the city of Austin’s free annual summer concert series that occurs monthly in nearby Zilker Park.

Pryor said Rollingwood’s police department is watching to see if an influx of people enter Rollingwood to seek rides from Uber and Lyft during major events in Zilker Park like Blues on the Green and Austin City Limits.

While Uber and Lyft can drop passengers off in the city of Austin, they cannot pick passengers up within the city limits, so passengers must retreat to bordering cities like Rollingwood to catch rides home.

Blues on the Green begins at 8 p.m. May 25, and Pryor said he will have extra officers on patrol to see whether traffic and parking become an issue. He said in the past, the first and last events in the summer series are the busiest.

“That’s where we expect to see a bigger crowd, so we’re putting extra officers out just in case,” he said.

The city of Austin will have 18 officers and one supervisor staffed during the monthly Blues on the Greens event to help with traffic control and pedestrian traffic along Barton Springs Road, Pryor said.

While Pryor said there are no plans to designate specific areas for Uber and Lyft drivers to pick up and drop off passengers, he said he is open to discussions with the festivals’ planners.

“If we see a need for it, we’re ready to take that action,” he said.
SHARE THIS STORY