The Electric Reliability Council of Texas released a 60-point plan it said will lead to improved reliability across the state's electric grid as Texas lawmakers and regulators continue their dive into a range of grid reforms.

The July 13 release of ERCOT's road map came one week after Gov. Greg Abbott directed the state's top utility regulator, the Public Utility Commission of Texas, to pursue several operational changes he said would "ensure that all Texans have access to reliable, safe, and affordable power."

ERCOT on July 13 said its plan was produced with input from a variety of stakeholders and experts including electric customers, market participants, and former industry executives and regulators. Those actors as well as the PUC built the plan to address the goals of Abbott and state legislators, ERCOT said.

“Change is required for ERCOT to continue to reliably serve the millions of customers and businesses that depend on us,” ERCOT interim President and CEO Brad Jones said in a statement. “We have extensively reviewed our processes to better serve Texans and will continue to work very closely with the PUC to ensure we’re aligned in these efforts."

ERCOT said its overall plan points to the organization's "more aggressive" grid management this year. Among the road map's dozens of goals are the implementation of new laws related to grid management and the further analysis of generation failures during February's winter storm, both of which remain in progress.

Executives of companies generating power on the Texas grid would also be required twice annually to sign off on statements attesting their facilities were fully weatherized for the seasonal extremes of summer and winter. Generators will be required to release more frequent updates on their operations as well, including details on forced outages.

Communications, market incentives, grid testing, cybersecurity and forecasting are among the other topics covered in ERCOT's wide-ranging road map, which may be viewed here.

As of mid-July, 20 of the 60 listed items have been completed by the grid manager with the remaining 40 initiatives marked as "on track."

"On behalf of all the employees at ERCOT, we want you to know we are putting more emphasis on listening and engaging with you, ERCOT customers and market partners," Jones said in his introduction to the plan. "We will successfully implement this road map and do our part to ensure that we continue to provide reliable electric service for all Texans."

The release of ERCOT's report coincided with a July 13 Texas Senate Committee on Business and Commerce hearing featuring testimony from Jones and the three sitting PUC commissioners. During the morning session, several senators questioned state utility officials on matters relating to grid reliability, market incentives, the effects of recent legislation, the outlook for immediate improvements to the grid and confidence in the system.

“Ultimately, where we want this grid and this market to be is to be serving Texans, all Texans and all Texas businesses, in a reliable way that will continue to drive the growth of business and industry in Texas," Jones said at the hearing. "That’s my promise to you."

Committee Chair Sen. Charles Schwertner, R-Georgetown, confirmed with PUC officials that they are clear to move ahead with system changes laid out both in new legislation and Abbott's recent directives without further action from lawmakers.

During the hearing, PUC commissioners said their approach to implementing a "market redesign" for reliability, including updates for generator activity and related incentives, is continuing and will be finalized over the months ahead.

One point raised by PUC Chair Peter Lake was the market's need to push for resiliency and away from a "crisis-based" model that incentivizes generation while on the brink of emergency. PUC commissioners believe it can make that shift through its redesign process, he said. 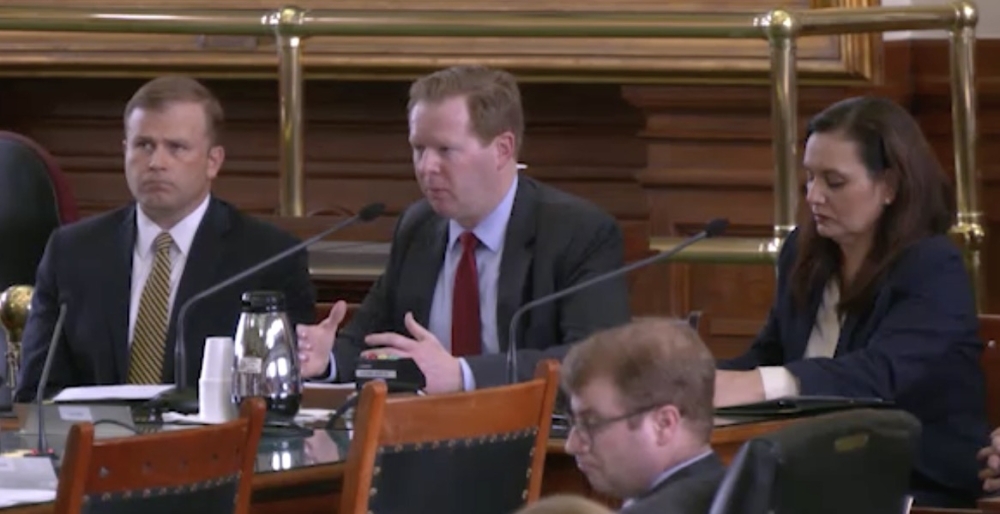 "There’s only a financial reward the closer we get to crisis, which is obviously not good for our consumers. ... We need to have a market designed so that. If you provide reliability, that’s where the financial incentive is presented," Lake said. "I think we certainly have the tools; we just need to figure out the right arrangement of those tools, and we’ll be able to drive improved reliability."

The market's activity on the verge of crisis was also identified by state Sen. Lois Kolkhorst, R-Brenham, as a top-needed fix, given her view that current incentives could lead to damaging pricing manipulation.

“It is misaligned market incentives," she said. "The closer you get to the edge, the more that we keep it at that almost crisis point, the more money we make, right?”

In response, Lake said the PUC's plan is expected to result in participants paying more for stability.

Lake said the PUC's redesign process will wrap up by late 2021 following commissioners' shift into a decision-making "design mode" this fall.

Changes outlined in that strategy could be made through "relatively quick" adjustments alongside more medium- and long-term processes related to system structure, incentives and other reliability updates, Lake said.

The PUC's process prompted some pushback during the hearing from senators asking for more information on timing and reliability, including state Sen. Donna Campbell, R-New Braunfels.

During her questioning, Campbell commented on the need for regulators to follow up on the recent legislative session with concrete actions in the near term while still carefully considering the grid's longer-term outlook.

"The public wants to know, needs to see what you’re actually doing. Not just, ‘We’re looking at it.' By the end of the year we should have something,’" Campbell said. "You do need to work with [a] measured, thoughtful process, but it needs to be quickly. Because a crisis, again, comes from not preparing for the unexpected. That’s what we had back in February.”

Despite those concerns, Lake later said any changes coming down the line from both ERCOT and the PUC will be broad and focused fully on reliability as they are eventually rolled out.

“We are not tweaking on the edges or making marginal changes," he said. "We are taking a blank-slate approach for a full overhaul and redesign of this market to drive reliability. Full stop."