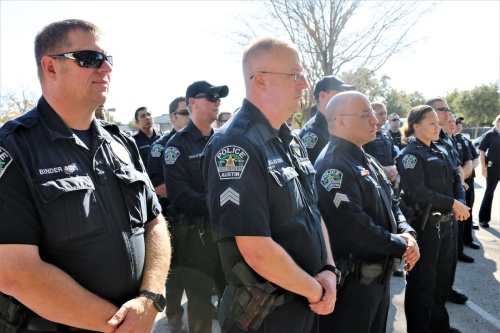 Since Dec. 29, the Austin Police Department has operated without a contract.

APD has operated without a contract since its previous one expired Dec. 29. City Council rejected a proposed new contract on Dec. 13, citing concerns about cost and affordability.

On Feb. 15, City Council passed and approved an ordinance extending these stipends in the wake of the contract dispute until May 24.

Although no longer ensured by a contract or ordinance, mental health certification and bilingual specialty pay will continue indefinitely, according to a joint statement provided by Council Members Alison Alter, Jimmy Flannigan, Ora Houston, Ann Kitchen and Ellen Troxclair on Friday.

“During ongoing negotiations, the City twice offered an interim agreement to the Austin Police Association (APA) that would not only have kept these specialty pays in play but would have also provided officers with a base pay raise for the current fiscal year,” the statement read. “We are very disappointed that the APA declined this officer, effectively denying these benefits to our officers for the foreseeable future.”

Chris Perkins, APA bargaining chair and a 19-year veteran of APD, said, “It’s been our position the entire time that the community as a whole would benefit from us having a long-term contract” rather than an interim agreement.

Although expected, the loss of these specialty pay items has “very grave consequences,” Perkins said.

“Our youngest officers typically work patrol in those evening and night hours, and they’ve taken away those shift differential pays for those folks,” Perkins said. “For those folks who are new down here, it can be a large sum of money that’s been removed from their biweekly salary.”

Austin police officers are the highest paid in the state by a margin of nearly 14 percent.

The lack of a contract, now compounded by the loss of these stipends, may stifle APD’s ability to retain and recruit officers, Perkins said.

This is a concern as APD is, according to reports commissioned by city council, understaffed for Austin's rapidly growing population.

City Manager Spencer Cronk said he expects contract negotiations to continue for “several more months at a minimum” in a May 15 memo to City Council.
SHARE THIS STORY