‘Something is off here': Officials review value of voter-sanctioned Austin parkland swap

Editor's note: This story has been updated with additional context on the city's appraisal process.

Last fall, Austin voters overwhelmingly gave the city permission to trade away 9 acres of land now serving as a parks and recreation department maintenance campus in exchange for nearly 50 acres of waterfront land for a new city park.

More than a year since Proposition B passed with 73% support, Austin's future parkland remains in limbo, and city officials are questioning whether the city can deliver to voters and maximize the value of the trade. The proposition from City Council was placed on the ballot last November as land deals involving civic parkland require voter approval.

The parks and recreation department's Central Maintenance Facility at 2525 S. Lakeshore Blvd. could either be sold or leased in exchange for a 48-acre parcel of "waterfront land contiguous to an existing city park." Additionally, the city would require its partner to either fund or build a replacement maintenance facility—likely at Bolm District Park—as well as the removal of the deteriorated maintenance complex at Fiesta Gardens and parkland restoration there.

While voters authorized a public solicitation for the trade, the terms were narrowly tailored for only one party—Oracle—whose Riverside headquarters is located next door to the lakeshore maintenance complex. The 48-acre future park is the former Driveway Austin track on Delwau Lane, located on the Colorado River east of US 183. Oracle acquired the Driveway property late last year.

Thirteen months after voters approved the potential parkland swap, Austin and Oracle have yet to complete their deal. A Nov. 30 update from city staff laid out their aim to bring a final proposal to council within the first quarter of 2023. And outgoing Council Member Pio Renteria, whose District 3 includes the existing maintenance complex, is bringing an item to council's Dec. 8 meeting asking staff to wrap the process up "expeditiously."

Officials took time during their Dec. 6 work session to check in on the progress of talks with Oracle. Michael Gates, a real estate officer with the city, said Austin is awaiting new appraisals of land involved in the trade expected this month. Once complete, staff will move to work out a deal before bringing the package back to City Council for approval.

Gates said the city's latest appraisal of the maintenance complex land came in at $35.3 million. The parcel is valued at $34.8 million by the Travis Central Appraisal District, while the Driveway property is valued at $1.25 million.

Parks and Recreation Department Director Kimberly McNeeley said the city's need for a replacement maintenance facility, one piece of the Proposition B package, could range between $15 million-$45 million.

The discussion of land values drew some unease from council members, who said the city may be forging ahead on a deal that does not account for the full worth of its property and may not satisfy the conditions laid out in Proposition B.

As the surrounding Riverside area continues to see a rapid pace of new development, council members questioned why the city did not seek out an appraisal that accounts for the full potential of the maintenance complex property. That additional review is something members said they had asked for last year before the election.

A zoning plan allowing for taller and denser development along the East Riverside Drive corridor was established in 2013, and while that plan excludes the Lakeshore maintenance complex, officials noted Oracle could seek future zoning changes to allow increased development there—something Austin's appraisal does not account for.

District 9 Council Member Kathie Tovo said the process is moving along with Oracle receiving a favorable valuation for its Driveway tract against a limited appraisal of the city's parkland. Tovo said the Lakeshore property is believed to be among the most valuable now in Austin's portfolio.

“These are not new concerns. They were all raised way back when, and I’m not sure why they weren’t communicated effectively to any parties who were interested in applying for the [request for proposals]—who really was just one party for whom that RFP was structured," she said. "Regardless, if we’re undervaluing our property and overvaluing theirs, that just amounts to a corporate giveaway that I don’t think is the best way of moving forward as a city.”

The city said its appraisal for the Lakeshore Boulevard land was made at its "highest and best use." That meant valuing the property with planned unit development zoning, Gates said, with an assumption that more than 50,000 square feet of commercial space and around 530 residential units could be built within a four-story project.

"Typically, an appraiser will make key assumptions about zoning, looking at the most probable and financially feasible uses when considering a site’s rezoning probability. An appraiser would not make a hypothetical assumption outside of what is applicable under existing base zoning site development standards and regulations," city spokesperson Shelley Parks said in an email.

Gates told council Dec. 6 that any shift in valuations at this stage could affect how Oracle receives the city's final offer, an issue Mayor Pro Tem Alison Alter said she remains less worried about than the results requested by city residents.

"It makes me really uncomfortable," Alter said. "Most importantly, the consequence of it is that the voters are expecting the central maintenance facility to meet the needs of [the parks and recreation department] in the new location, and there is not enough money between those numbers to get even the most modest amount in there of what we need for that. And so something is off here."

Council is set to vote Dec. 8 on Renteria's request for staff to continue working toward a final sale or lease of the maintenance complex early next year. 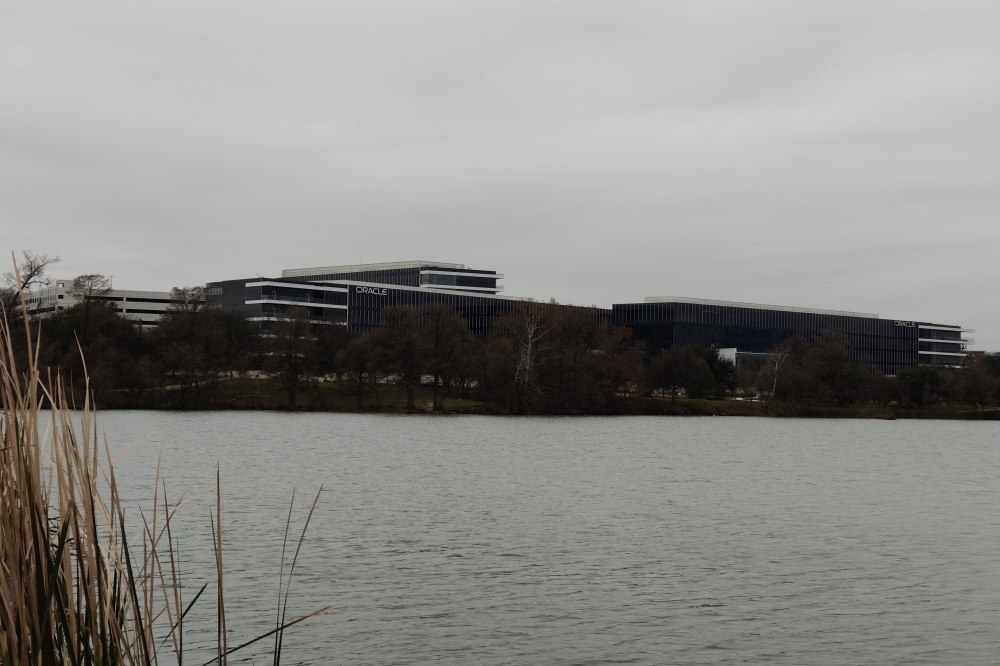