Austin's redistricting process moved into its next mapmaking stage Sept. 8, as the volunteers tasked with updating 10 City Council district boundaries for the coming decade considered a pair of draft map outlines that could provide a foundation for the final product to be approved this fall.

The ongoing redistricting will result in new council districts set to be in effect for the city's November 2022 elections. The process is being guided by Austin's nonpartisan Independent Citizens Redistricting Commission, made up of 14 randomly-selected city residents.

The commission has spent its summer soliciting initial feedback from Austin residents on their hopes for new district lines and awaiting the release of wide-ranging 2020 U.S. Census Bureau data. With those processes now complete, commissioners' Sept. 8 session focused on reviewing draft maps created with the latest census results in hand.

Designed by Mapping Specialist George Korbel, the potential foundation for new council district lines sticks relatively closely to the existing boundaries that have been in place since 2013 after Austin adopted its 10-1 City Council system and first divided its civic representation geographically. Korbel said the largest changes under his outline center on Northwest Austin, given movement from the "significantly overpopulated" District 6 under the current map to the neighboring and less-populated District 10. Other notable adjustments under Korbel's proposal include several shifts along the central portion of the city in Districts 4, 7 and 9.

Korbel said he designed the draft map to equally spread out Austinites as required by the city charter, with only small deviations in size between districts. Attention was also given for the additional charter considerations, he said, including the potential for discrimination and respect for existing neighborhoods and localized communities.

“I took your existing map, which from the testimony does a pretty good job of following what the charter intended, and I looked at the priorities that we have for redistricting. The most important priority is population, and the next really important priority is being fair to everyone, all races and ethnic groups," Korbel said. 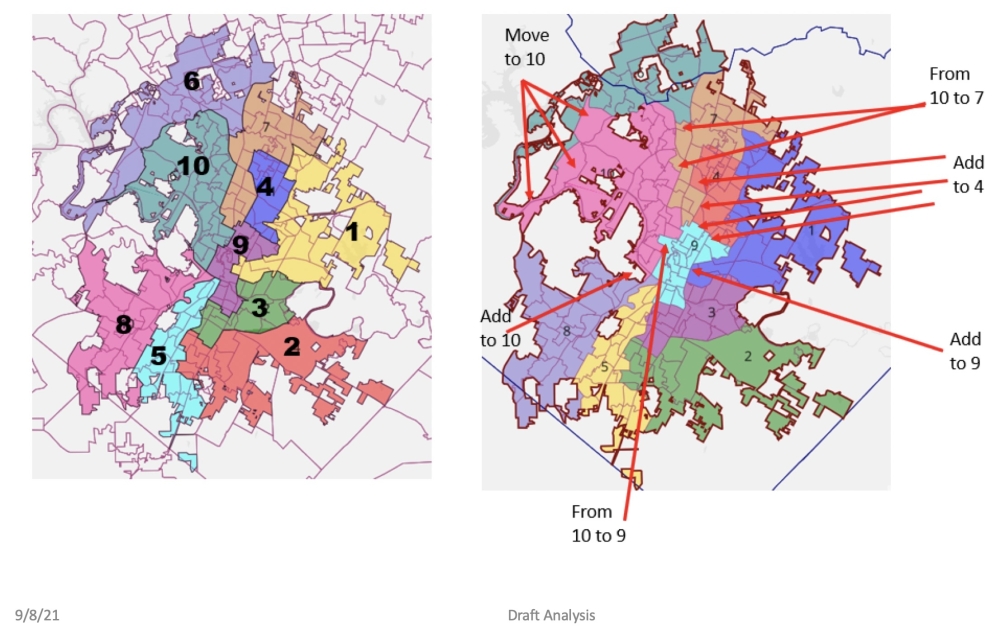 In addition to Korbel's design, discussion during the commission's mapping meeting also centered around an alternate, outside proposal centered on Districts 1 through 4 only. The draft was forwarded by the NAACP-Hispanic Coalition with the stated goal of cementing the makeup of those districts as majority-minority given the historic disenfranchisement of Black and Latino Texans at the ballot box.

“We believe the maps we are presenting ... should be the anchor for a 10-1 system. It was so last time," Young said. "The maps put together for the minority districts, we believe, because they are top priority because they are protected by the Voting Rights Act and the Constitution, need to be the bottom line anchor for any system of 10 districts."

Young and commissioners pointed to the importance of building districts with demographics in mind—District 1 would have the city's highest share of Black residents, and Districts 2 through 4 would have the most Hispanics—to allow those minorities an equal opportunity to elect a council member of their respective races.

The coalition-drafted maps for Districts 1, 2, 3 and 4 closely resemble Korbel's concept, with some exceptions. Under both outlines, District 2 would remain virtually the same and as such was not included in the coalition's plan. 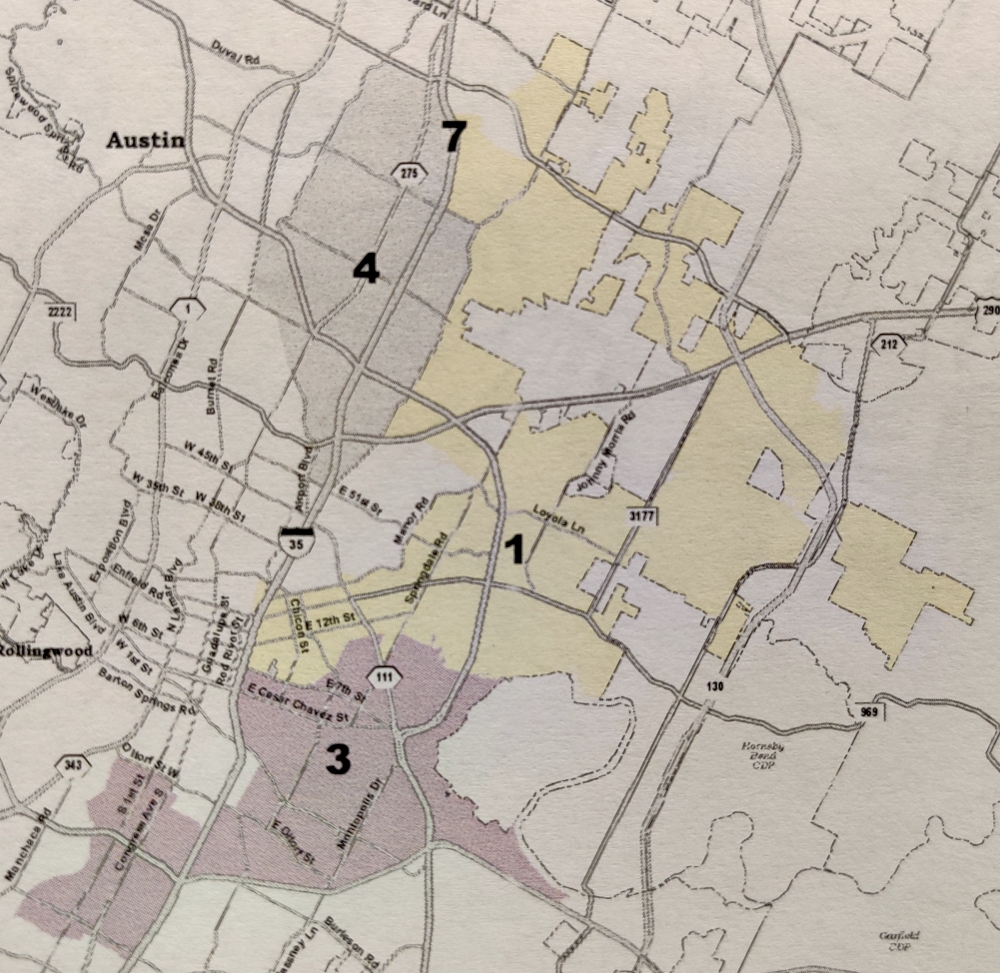 While the Black and Hispanic coalition is not an official stakeholder in the citizen-led redistriction process, commissioners agreed to take the framework under advisement and directed Young and Korbel to collaborate on crafting a final draft map to be adopted during their next meeting. Both Korbel and Young said their similar maps could be reconciled without extensive revisions over the coming days.

After that, several steps still remain before an official council district map is set. In addition to the mapmakers' work on a compromise draft, commissioners are also set to meet with Korbel individually this week to hash out any questions and concerns regarding his proposals for their home districts. With a revised map in place and commissioners' priorities on the table, the body is set to approve its draft proposal Sept. 15. That outline will then be brought to the public ahead of the new boundaries being formally established by early November.

That next round of public engagement will include in-person and virtual options before the final framework is set. Feedback may be sent by email to [email protected], by mail to Housing and Planning Department, Attn: ICRC, P.O. Box 1088, Austin, Texas 78767, or at any of the following forums: